Cisco also introduced 15 products that will be part of it. They include routers, a switch, a Wi-Fi access point, security cameras, and tools for gathering data from the edges of the network for analysis. The Cisco 829 Industrial Integrated Services Routers is included. 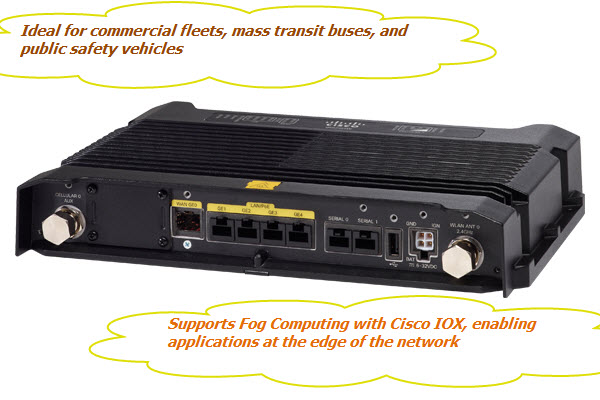 The IR 829 industrial router, with Wi-Fi and cellular capabilities, was one of 15 products that Cisco Systems introduced as part of its Cisco IoT System.

As a Cisco Industrial Router, the Cisco 829 is designed for deployment in harsh industrial environments and to withstand hostile environments including shock, vibration, dust, humidity, and water sprayed from all directions, as well as a wide temperature range (-40°C to +60°C).

The 829 Industrial Integrated Services Router concurrently supports both 4G LTE for wireless WAN backhaul and Cisco dual-radio WLAN on the same platform. With the advantage of dual WLAN radio, the integrated access point can serve both as an access point and as a client to a wireless mesh network. This provides another source for WAN diversity, along with Gigabit Ethernet, serial, and cellular. 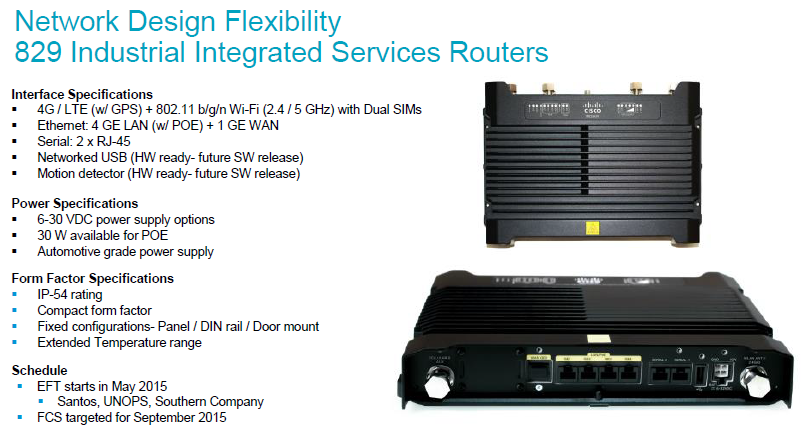 The following models are available:

The Cisco 829 IISR Specifications at a Glance

The Full DATA SHEET of Cisco 829 Industrial Integrated Services Routers you can read the https://www.cisco.com/c/en/us/products/collateral/routers/829-industrial-router/datasheet-c78-734981.html, such as a broad range of features for industrial and enterprise IoT, Business Benefits and Application Examples, more specs, etc.

Why Upgrade to the New Cisco 860VAE ISRs?

How to Add PoE Power Supply for Cisco 890 Series Router?