In this article, we will share some tips related to the new Horizontal Stacking of Catalyst 3560CX series.

As we well know, NEW Horizontal Stacking are Supported on Cisco 3560-CX now. 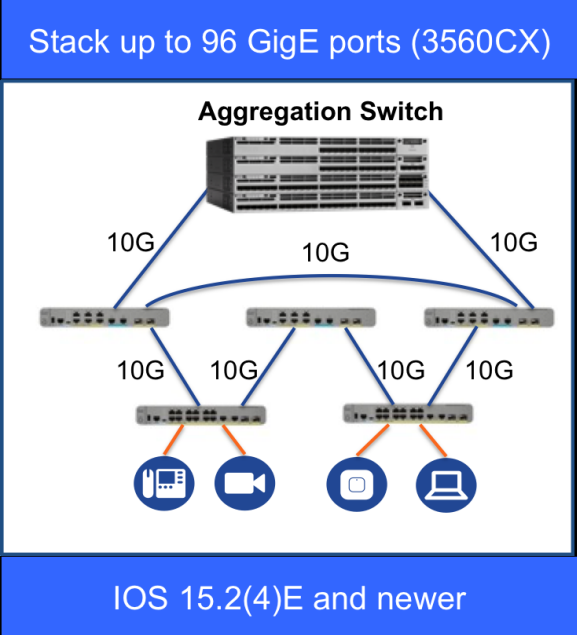 There are no restrictions with Horizontal Stacking on Catalyst 3560cx.

The Catalyst 3560CX series switches supporting 10G SFP+ uplink ports and MGig ports can be part of horizontal stacking. We can use SFP+ with the optical cables and copper cables on the MGig ports to connect boxes placed at different location to form a stack, where the compact boxes are placed in different floors or buildings. We can form half-ring or full-ring based on need, and remaining uplink ports will continue to work as network ports.

When we convert a stack port back to network port it will continue to work as stack port until next reload of switch. After reload port comes up as network port with default configuration.

Note: When uplink ports are working as stack ports, those particular uplink interfaces (ex: Te1/0/1) will not be listed in any show command or will not be available under any config command, unlike any other network port. They will be made available only after reload of the switch once ports are converted back to network.

A switch stack has up to eight stack members connected through their stack ports. A switch stack always has one active switchstack master.

Adding a Standalone Switch to a Switch Stack 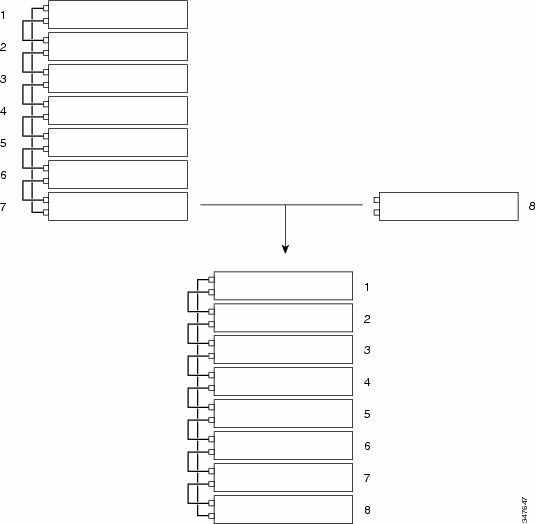 Adding a Standalone Switch to a Switch Stack 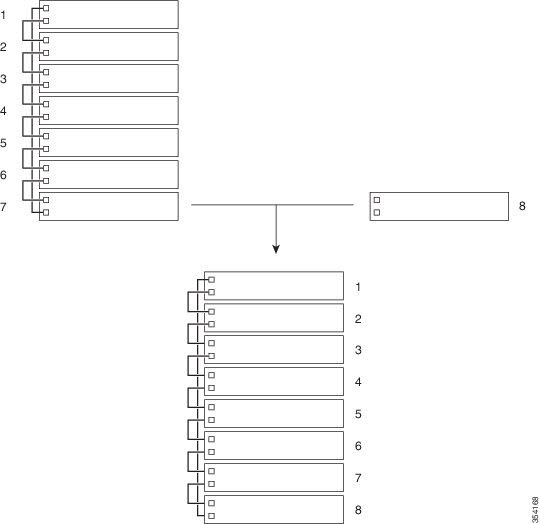 The operation of the switch stack continues uninterrupted during membership changes unless you remove the active switchstack master or you add powered-on standalone switches or switch stacks.

Note: Make sure that you power off the switches that you add to or remove from the switch stack. After adding or removing stack members, make sure that the switch stack is operating at full bandwidth . Press the Mode button on a stack member until the Stack mode LED is on. The last two right port LEDs on all switches in the stack should be green. Depending on the switch model, the last two right ports are 10-Gigabit Ethernet ports or small form-factor pluggable (SFP) module ports (10/100/1000 ports). If one or both of these LEDs are not green on any of the switches, the stack is not operating at full bandwidth.

If you remove powered-on members but do not want to partition the stack:

The following are restrictions for your switch stack configuration:

Better User Workspaces with the Next Generation Cisco Compact Switch

The Updates, Something New about the Cisco Catalyst 3650 Switches

What Cisco Catalyst Series Switch Should You Migrate to? …