You are here: Home 2016 May Cisco IP Video and Networking Solutions…Selected for NBC OLYMPICS GAMES 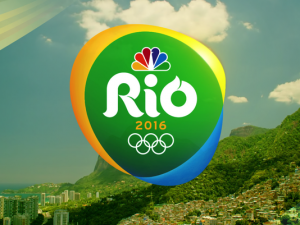 NBC Olympics, a division of the NBC Sports Group, has selected Cisco to provide Internet Protocol (IP) video contribution and distribution solutions, along with networking and security solutions for its production of the Games of the XXXI Olympiad, which take place in Rio de Janeiro, Brazil, from August 5 to 21, 2016.

The announcement was made on April 18, by Craig Lau, Vice President, Information Technology, NBC Olympics, and Dave Ward, CTO of Engineering and Chief Architect, Cisco.

Cisco will help with on-site production by streamlining the management and publishing of video content to consumer devices using solutions from the Cisco® Media Blueprint, along with premium network protection.

Cisco Media Blueprint is a new applications and converged IP infrastructure approach for producing, storing, distributing and securing broadcast media content. It is based on open standards, and is directly supported by many of the media industry’s key software providers.

Cisco will provide a wide range of products and services to support 24/7 broadcasting from 26 venues, and multiple gigabytes of video content delivered online. Key components include:

Craig Lau, Vice President, Information Technology for NBC Olympics, says: “Cisco is helping us transform how we scale the massive amounts of video content for events like this, for delivery to more distribution channels. As we continue to transition from SDI to IP in our network operations, we are able to better manage our workflows with precise timing and synchronization.”

Dave Ward, CTO of Engineering and Chief Architect at Cisco, adds: “With a pervasive and highly secure IP network, they [NBC Olympics] can better scale video transport in the production environment to deliver all types of content, including more HD to the tens of millions of people watching on different types of devices.”

A division of the NBC Sports Group, NBC Olympics is responsible for producing, programming and promoting NBC Universal’s Olympic coverage. It is renowned for its unsurpassed Olympic heritage, award-winning production, and ability to aggregate the largest audiences in U.S. television history. For more information on NBC Olympics’ coverage of the Rio Olympics, please visit: https://nbcsportsgrouppressbox.com/