The Huawei S5700-EI Series is also a kind of Cool Gigabit Enterprise Switches. The next-generation energy-saving switches have been developed by Huawei to meet the demand for high-bandwidth access and Ethernet multi-service aggregation.

The S5700-EI is for use in various enterprise network scenarios. For example, it can function as an access or aggregation switch on a campus network, a gigabit access switch in an Internet data center (IDC), or a desktop switch to provide 1000 Mbit/s access for terminals. The S5700-EI is easy to install and maintain, reducing workloads for network planning, construction, and maintenance. The S5700-EI uses advanced reliability, security, and energy conservation technologies, helping enterprise customers build a next generation IT network.

And now in the following part, we will introduce you the main Huawei S5700-EI models. 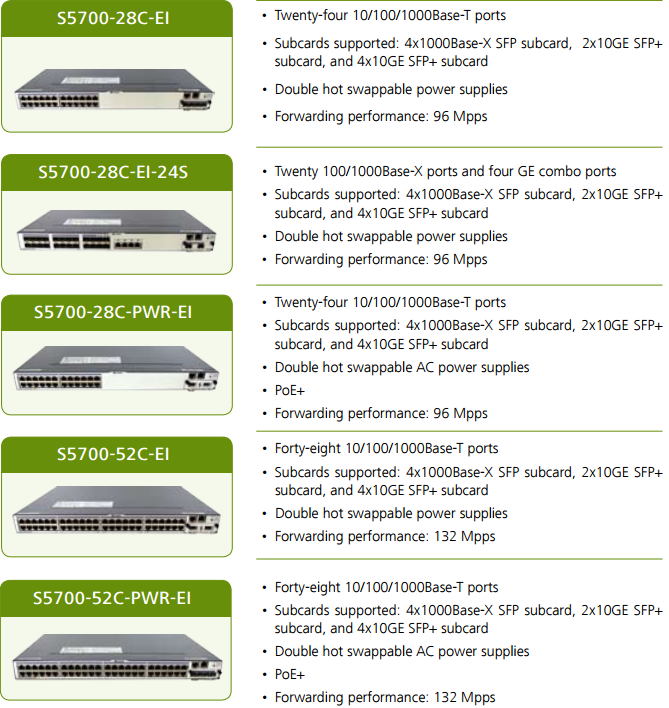 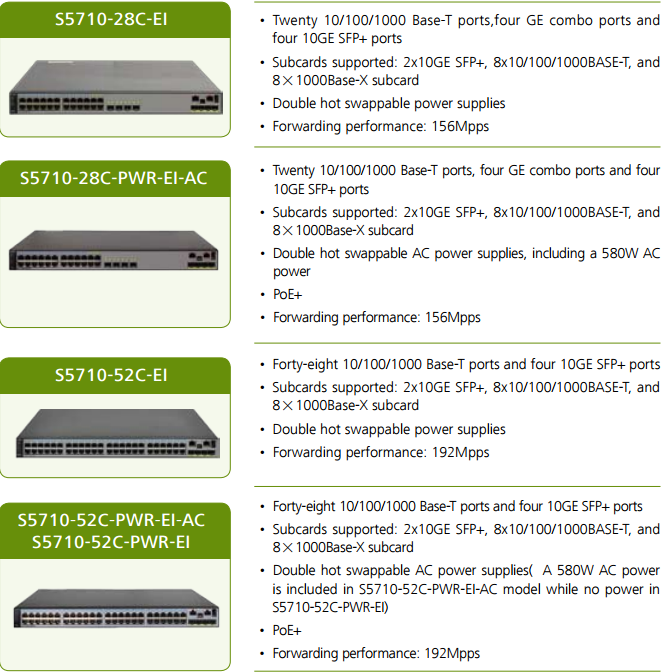 Now let’s read the specifications of Huawei S5700-EI to know the main features and Highlights. 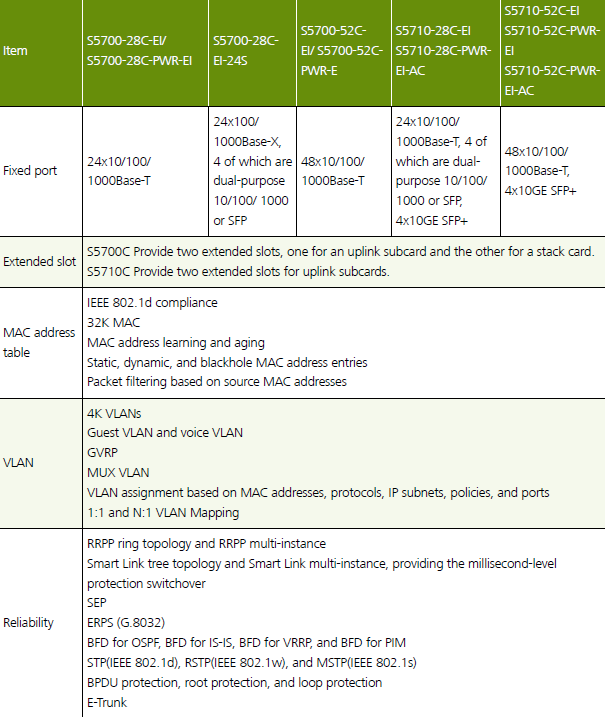 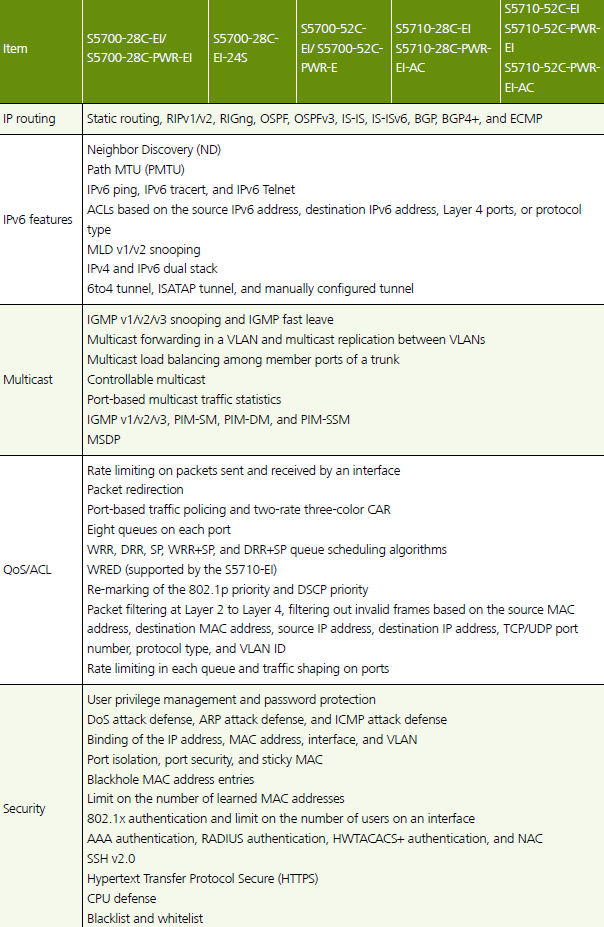 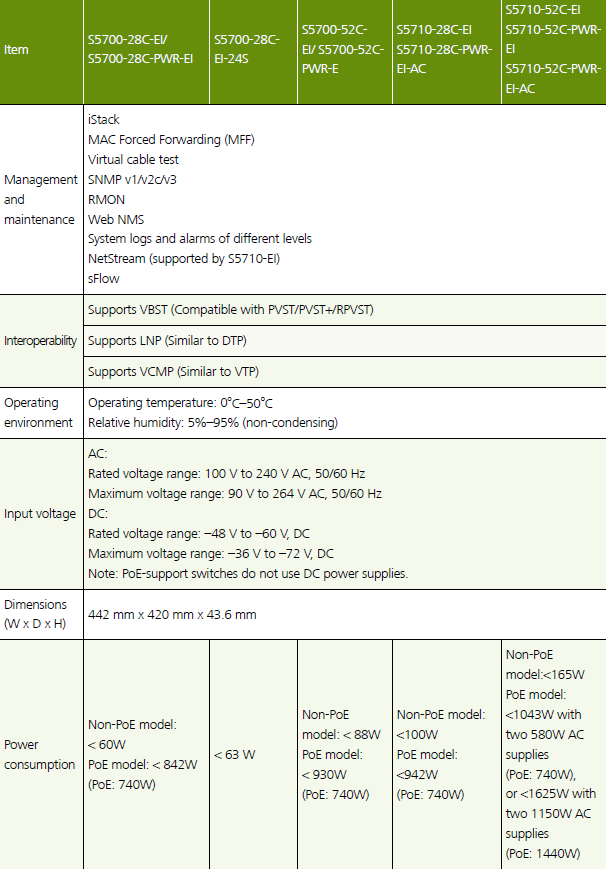 If you wanna read the detailed features and highlights of Huawei S5700-EI, you can read the full data sheet at Huawei.com https://e.huawei.com/en/products/enterprise-networking/switches/campus-switches/s5700-ei-model

And if you look for a better network switch, you can consider the Huawei S5700-EI series gigabit enterprise switches.

The Role of Huawei S5700 Series in a Network