In June, Cisco announced it plans to deliver on “intent-based” networking, which has the potential to be the biggest change ever in the way networks are managed. 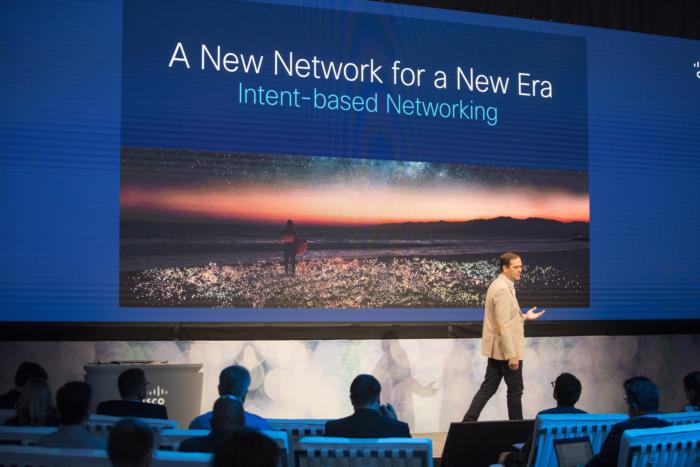 Cisco’s intent-based networking is fueled by contextual information and then acted upon by machine learning based “intuition”.

The pervasiveness of Cisco infrastructure allows it to collect network traffic but also contextual information such as who users are, what resources they are accessing, where they may be located and how endpoints are connected. This information can be used to create customized experiences and improve security. Machine learning is used to analyze what the contextual information means, gather new insights and then predict outcomes. This is critical in being able to turn data into actionable insights.

A key component of an IBNS is that it provides mathematical validation that the expressed intent of the network can be and is implemented within the network, and that it has the ability to take real-time action if the desired state of the network is misaligned with the actual state.

An IBNS is, in theory, a software platform that can be agnostic to the hardware that it runs on.

All of the new technologies and intent-based systems are supported by a set of services Cisco is calling “DNA Services”. These can be used to help customers get the technologies deployed faster in a way that can meet their needs best. Not everyone will adopt intent-based networking overnight and Cisco Services are in place to help build a road map that includes all the critical components including software, security, analytics and automation. Historically, Cisco has had a number of technologies that were lightly adopted (TrustSec, ISE) because many customers didn’t have the best practices or the know how to deploy them without creating risks. The DNA services should alleviate those concerns.

Lastly Cisco is releasing a new DNA Developer Center that falls under the DevNet umbrella. This is used to help software developers and IT pros create applications that interface with the network. DNA Developer Center includes a number of learning tracks, sandboxes, APIs and developer support.

Cisco’s newest line of Catalyst 9000 switches, including the 9300, 9400 and 9500 have some of the most advanced programmability features of any Cisco products to date, and are part of Cisco’s initial rollout of intent-based networking. 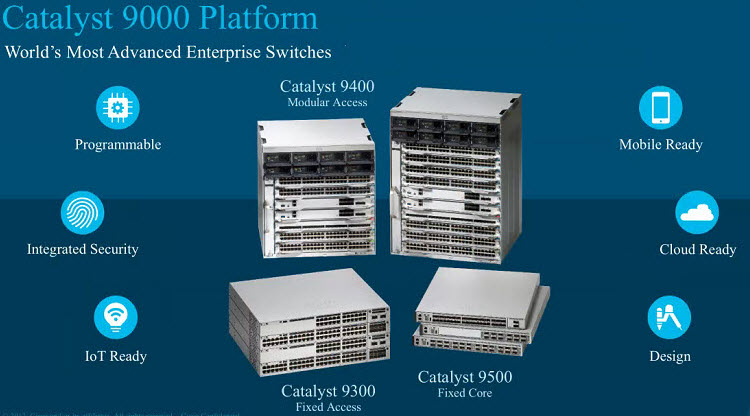 Why Migrate to the Cisco Catalyst 9400 Series Switches?

Why Migrate to Cisco Catalyst 9300 Switches?

The new switches include a custom ASIC that allows it to support protocols of today and the future.

The Catalyst 9000 Series is designed to do more tasks in less time. With Cisco DNA and SD-Access, these switches can be part of a network that brings together and learns from information across the network to create a simpler, more fluid experience. By automating mundane day-to-day operations you can shift IT time and money to focus on creativity and design.

The Cisco Catalyst 9000 Series is based on the Cisco UADP ASIC, which continually evolves to anticipate customer needs with exponential results, driving new industries and fostering innovations that have yet to be envisioned.

Cisco DNA casts a wide net. It gathers information from a constellation of data points, connecting more devices and device types, making correlations and applying insights. It sees invisible threats and automates security responses. And it constantly adapts and protects by learning about threats across the world to stay ahead of the threats you face.