You are here: Home 2017 November Quiz for You on Modern Data Center Networking Architecture

There is a test for you on modern data center networking architecture provided by Erica Mixon from techtarget.com. 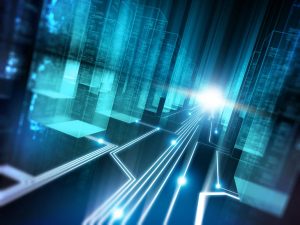 As business needs have evolved, so has data center networking architecture. Virtualized, abstracted networks are now gaining traction as software-defined technologies take hold in the enterprise.

But for network managers used to more traditional traffic forwarding patterns– where one IP address would simply “talk” to another–some of the more modern networking concepts can seem complicated. Familiarize yourself with virtual networks, software-defined networking (SDN) and other recent data center networking architecture trends with this quiz.

There are 7 questions testing you on modern data center networking architecture.

What is the primary function of Virtual Extensible LAN (VXLAN)?

In a modern data center networking architecture that supports hybrid cloud, which network layer is used to transmit VXLAN packets or other overlay packets?

Which is not a benefit of microsegmentation?

How many available IDs can be assigned to a VXLAN at any given time?

Which of the following is not a feature of leaf-spine architecture?

What are the three main functional blocks of network functions virtualization management and orchestration (NFV MANO)?

Get the Correct Answers

CORRECT ANSWER-Provides segregation of traffic, and routes traffic across a specific network path

The modern data center network resembles a layer cake, rather than just a group of IP addresses. The underlay network — the bottom of that layer cake — provides a foundation for all other network services. The underlay transmits VXLAN and other overlay packets, so admins must understand a different way to address connectivity issues.

SD-WAN architecture attempts to abstract the network infrastructure that connects LANs to one another. It uses flow tables created by a SDN controller rather than routing tables at edge routers. With traditional networks, admins had to coordinate with the networking team to ensure that applications could use the existing infrastructure to communicate with remote locations. Now, admins make changes to routing configurations by making changes at the controller, and allow the resulting table to transmit to relevant devices.

Software-defined networking and software-defined data center technology more easily supports microsegmentation, or the division of the data center in logical units, usually by application or workload. Among other benefits, microsegmentation ties security policies to the workload rather than the network hardware, which means that any rule applied to a workload will follow that workload, even as it migrates to different environments. This allows admins to better balance computing loads without having to create new security rules.

Virtual LANs (VLANs) isolate apps and tenants in a cloud computing environment, but can only assign 4,096 network IDs at a given time — which may not be enough for a large multi-tenant environment. Virtual Extensible LAN extends the VLAN address space and adds a 24-bit segment ID, increasing available IDs to 16 million. Millions of isolated Layer 2 VXLAN networks can co-exist on a common Layer 3 infrastructure because the VXLAN segment ID in each frame segregates individual logical networks.

CORRECT ANSWER-It has a three-tier model, consisting of an access layer, an aggregation layer and a core

As data flows shift to an east to west movement in the data center, problems can arise, such as network bottlenecks and congested uplinks among the access layer and aggregation layer. Leaf-spine architecture — consisting of leaf switches and spine switches — addresses these issues by flattening enterprise networks from three tiers to two. In turn, it helps prevent network bottlenecks, improves latency, and reduces deployment and maintenance costs.

NFV MANO, an architectural framework for managing and orchestrating virtualized network functions, has three main functional blocks: NFV orchestrators, VNF managers and VIMs. These three blocks work together to deploy and connect functions and services throughout the network. NFV orchestrators control the integrations of new network services and VNFs into a virtual framework. VNF managers supervise the lifecycle of VNF instances, and VIMs manage NFV infrastructure.

A Quiz for Test Your Knowledge of Fiber Optic Cables