The Cisco 7600 router is one of the most versatile High End routing machines. It is one of enterprise’s networking devices. If you take a look at Cisco website under the Routers Product Category, you will notice that the Cisco 7600 can be used in Data Centers, in Service Provider networks, in WAN aggregation or as Internet Edge router. In Service Providers can be used as Provider Edge (PE) in IP MPLS networks aggregating many Customer Edge (CE) router devices. Its modularity and high port capacity allows the Cisco 7600 internet routers to work as both Layer2 aggregation and as Layer3 high performance router. 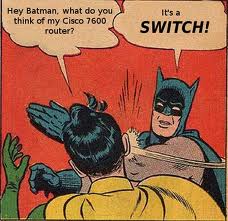 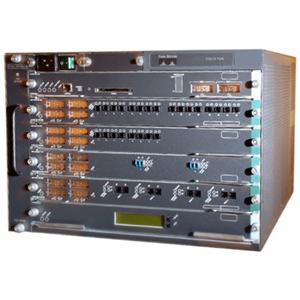 In Service Provider networks one of the main concerns of network administrators is to protect the networking infrastructure from Denial of Service attacks. These DoS attacks are actually the most serious and popular security threat against Service Providers. Botnets are frequently the main source of such attacks. ICMP flooding, UDP flooding, spoofed addresses DoS, SYN attacks etc are a few examples of DoS or DDos (Distributed Denial of Service) attacks. Fortunately the Cisco 7600 router has many robust features and mechanisms to protect itself from such attacks.

In the company that I work (Service Provider) we have already implemented several security protection features on Cisco 7600 series which are really effective against DoS attacks. A summary of the DoS protection mechanisms on Cisco 7600 follows below:

Of course in addition to the above you must not forget other important security mechanisms such as strong password policy, proper Authentication and Accounting, logging, SNMP security, Routing Protocols security (MD5 authentication in OSPF, BGP etc) etc. All of these technical issues must be based on a thorough and carefully written security policy.

Tips: If you need to know more about Cisco 7600 series, such as key features, specs, related software and price, or wanna buy Cisco 7600 router, you can visit router-switch.com to see more news and info of Cisco network equipment. Also, Cisco blog at router-switch.com share all kinds of news and info related to Cisco, computer and technology, hardware, networking, CISCO network equipment, cloud computing, etc. with all the Cisco fans and networking lovers…