We can see different surveillance cameras when we’re walking on the street. Have you ever thought about the benefits of their differences?

In this post, I will introduce 3 differences of common IP cameras, including bullet cameras, dome cameras and turret cameras.

What is the Bullet Camera?

Bullet cameras are also named by their distinct cylindrical shape, which looks like a bullet shell or lipstick tube, such as Dahua Bullet Cameras. Bullet cameras are designed for areas with insufficient light and areas where lighting equipment cannot be installed at night. When only monitoring the position or movement of the scene, a bullet camera can be used.

What is the Dome Camera?

Dome security cameras get their name by their circular, dome shape. Although dome security cameras can be used both indoors and outdoors, many businesses including hotels, restaurants, and retail stores use dome cameras inside due to their discrete design. 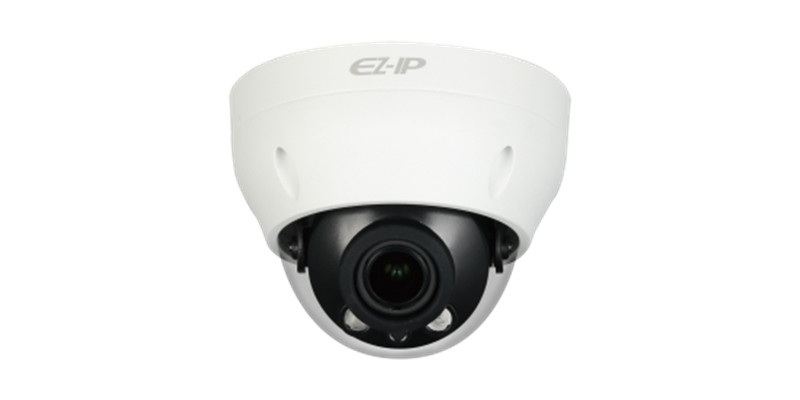 What is the Turret Camera?

Also known as mini-dome, eyeball or flat-faced dome camera, it has a ball and socket design which allows it to rotate freely once the base is mounted. Due to its small size and beautiful appearance, Turret cameras are more suitable for use in office spaces and places with high decoration standards.

The dome camera is composed of an integrated camera, a spherical gimbal, and a decoder. The installation methods include ceiling, ceiling, and wall.

The turret camera comes with a zoom head. Generally, the zoom range is small, and the lenses are not easy to replace.

The zoom range of a bullet camera depends on the lens selected, which can range from several times to several tens of times, and the lens replacement is relatively easy.

The dome camera of the dome camera can automatically focus, can be manually zoomed, the lens is zoomed in and out and rotated 360 degrees to monitor the area to be monitored. The lens is generally optical zoom 10 times, 22 times, 23 times, 35 times, etc., the irradiation distance is generally 50-100 meters.

Bullet cameras are generally installed in passages, factories or parking lots. It is mainly used in underground warehouses, warehouses, monitoring urban roads, and outdoor environment of residential areas without low-light illumination. When only monitoring the position or movement of the scene, a bullet camera can be used.

Dome cameras are generally used in outdoor or indoor areas with a large area and a wide range.

According to this comparison, you may have idea of choosing the right network cameras. If still doubting, read this guide for more: 5 Tips to Choose the Best IP Camera

You also can check price here:

What is the Video surveillance system? Four things you need to know!