You are here: Home 2021 November Nigeria-Our People and Our Culture

Nigeria is the country with the largest black population in the world (estimated population is about 280 million). A common saying is that in any country, 1 in 5 Africans is a Nigerian. The country has diverse ethnic groups, languages ​​and cultures. There is a common belief and commitment in its diversity, that is, to excel in our personal efforts, and we are proud to be Nigerians. One of our main tourist attractions is the Agbokim waterfall. 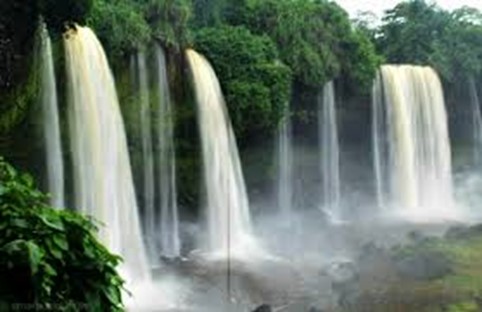 Another interesting thing about Nigeria is the confluence of the longest rivers in Africa (the Niger and Benue). Both rivers originate outside Nigeria, converge at Lokoja, and then flow into the ocean through tributaries in the country’s Niger Delta. The two rivers do not mix at the confluence. 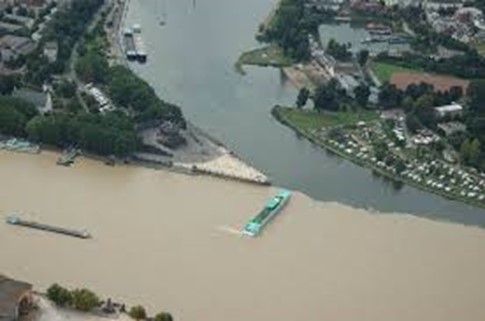 Nigeria’s culture is multi-ethnic. There are 527 languages ​​in Nigeria, 7 of which have become extinct. Nigeria also has more than 1,150 dialects from all ethnic groups, and every Nigerian speaks at least two languages. The seven most important ethnic groups are Hausa, Fulani, Igbo, Yoruba, Ijo, Efik-Ibibio and Edo. Among the festivals we celebrated, it is worth noting the Ijaw sailing race. 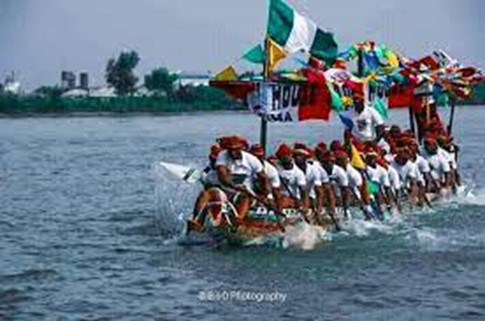 The other unique feature of their culture is the costumes of different dance groups. One of the very popular groups is “Moni-Nkim” dance. 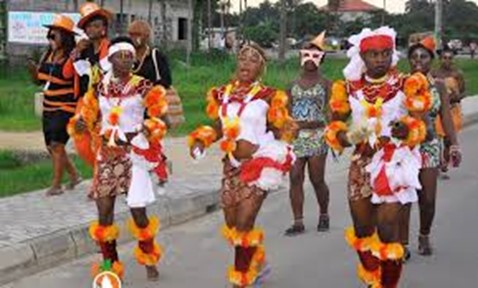 The Ijo people are the fourth largest ethnic group in Nigeria and are indigenous to the Niger Delta in Nigeria. Because of their affinity for water, many of them were found as migrant fishermen in camps from Sierra Leone to the west and Gabon to the east.

However, after contact with European merchants in about 1500, the Bonnie and Nembe communities began the slave trade first, and then the palm oil trade. The wealthy merchants became very powerful and ruled by parliament with hereditary kings. 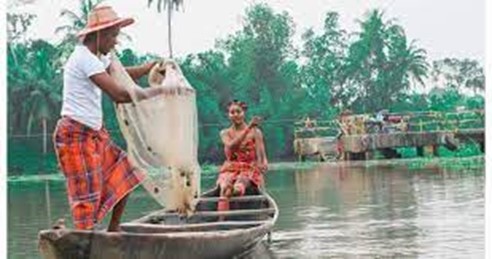 The indigenous people of this culture mainly live in Edo Prefecture, and their language is also called Edo. They believe in the existence of two worlds: the visible world is called “agbon” and the spiritual world is called “erinmwin”. They also believe in fourteen reincarnations. One of their famous annual festivals is the “Egg Festival (King’s Day), which is celebrated between Christmas and New Year. 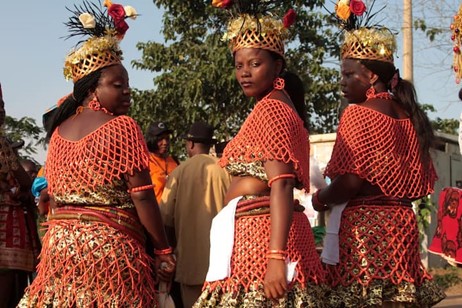 Oro Festival is an event celebrated in towns and settlements of Yoruba origin. This is an annual traditional festival with a patriarchal nature, because it is celebrated only by male descendants, who are natives of the patrilineal line at a specific place where a specific event occurs. During the festival, women and non-locals stay indoors, because oral history stipulates that women and non-participants are not allowed to see Oro. 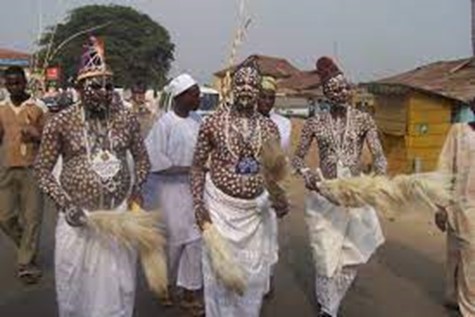 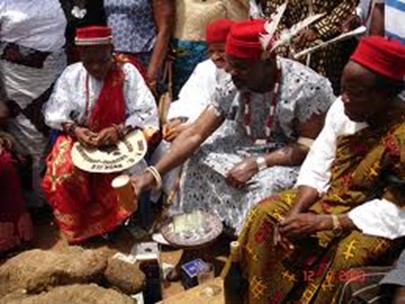 Hausa-Fulani is an ethnic name, including Hausa and Fulani, these two ethnic groups are distributed in northern Nigeria and throughout West Africa. Hausa-Fulani mainly speaks a variant of Hausa. Hausa is spoken by more than 10 to 150 million people in Africa, making it the most spoken African indigenous language and the 11th most spoken language in the world.

Argungu Fishing Festival is a way of life of the people of Kebbi State. This festival preserves the traditions and encourages protection. The annual festival is held in February and marks the end of the agricultural and fishing seasons. 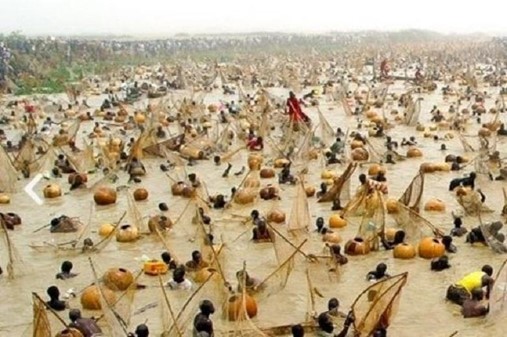 Want to know more:  Home, About Us, Join Us, All Products

Where are the opportunities in Africa? -African market and our employees

WiFi Booster VS WiFi Extender: Any Differences between them?