Cisco announced its coherent 100 Gigabit (100G) dense wavelength division multiplexing (DWDM) solution, which exceeds 3,000 km in reach, without the need for complex Raman optical amplification technology or signal regeneration signals. This distance is 50% further than any non-Raman alternative solution on the market today. 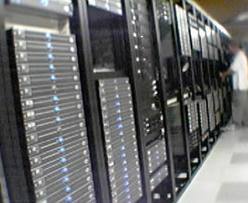 By getting rid of this regeneration need carriers can add 100G services on top of existing infrastructures originally designed for 10G technology. The Cisco ONS 15454 MSTP (Multiservice Transport Platform) can support 42 100G wavelengths in a single bay, nearly three times the density of competing products. The technology demonstration provides a roadmap up to 400 Gbps and up to one Tbps rates using the same advanced signal processing technology acquired in 2010 from Cisco’s acquisition of CoreOptics. The performance was independently validated by the EANTC, the European Advanced Network Test Center.

NOTE: The ONS 15454 MSTP is a key component of what Cisco claims is the industry’s most comprehensive 100G product portfolio, including the Cisco CRS-3 for the network core, the Cisco ASR 9000 Series for the network edge, and the Nexus 7000 for the data center.

“Service providers around the globe see the need to prepare for the next-generation Internet and facilitate an increasing demand for video, collaboration, and distributed computing. These successful demonstrations are a testament to Cisco’s commitment to leading the industry in optical technology, both at 100G and beyond,” said Bill Gartner, VP/GM Optical Transport Business Unit, Cisco. 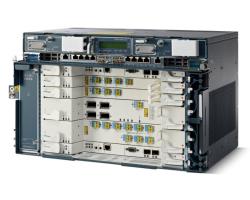 Huawei deploys large 100G WDM network.  Huawei announced that it has won a bid to deploy the 100G WDM network for Project 211 (phase 3) of the China Education and Research Network (CERNET). Covering the entire country, the coherent WDM technology based 100G network will be the world’s largest in terms of geographic coverage. Covering metropolitan areas like Beijing, Shenzhen, Shanghai, and Chongqing the 100G network will be able to offer a 100G network with the capability to offer a bandwidth of 8 Tbit/s over a single fiber, a transmission distance of 11,400 km. ”Huawei’s deployment of the ultra-long-haul network for CERNET is a significant milestone in 100G’s commercialization,” said Cai Changtian, president of Transport Network Product Line, Huawei. “Huawei will continue to make strong contributions to the optical communication industry with consistent innovation and efforts in the optical domain.”

Juniper acquires Mykonos Software.  Juniper Networks (JNPR) announced it has acquired Mykonos Software, the leading provider of Intrusion Deception Systems that protect websites and web applications. Mykonos Software’s deception-based technology compliments Juniper’s strong protection for known attacks by actively preventing attackers, learn their behavior and use that knowledge to prevent future attacks. Mykonos provides device level tracking beyond IP address tracking that allows for attackers to be uniquely identified, monitored and blocked. ”We believe the combination of Mykonos’ groundbreaking technology and Juniper’s proven expertise in delivering innovative security products at the largest scale, will enable us to provide solutions to immediate and pressing security threats for the largest enterprises and public sector institutions,” said David Koretz, chairman and chief executive officer for Mykonos Software.  ”We are excited about the opportunity to leverage Juniper’s world-class organization to deliver the next generation of application security based on best of breed proactive and preventative technology.”

More Cisco News: How to Migrate from Catalyst to Nexus?