At Mobile World Congress on Tuesday, Cisco announced its take on the reshaping of mobile networks that is emerging, saying it can build a Wi-Fi infrastructure spanning all the way from the access point to the core network. It unveiled products designed to provide cellular-like roaming among Wi-Fi hotspots, and disclosed deployments among several wireless service providers.

Cisco rolled out an end-to-end Wi-Fi hotspot infrastructure that the company says supports Wireless Broadband Alliance (WBA)-approved technologies and Hotspot 2.0 specifications established by the Wi-Fi Alliance. It’s the first such offering approved by the Wireless Broadband Alliance, a carrier industry group that promotes the use of Wi-Fi hotspots, according to Cisco. The company’s own name for the technology is Next Generation Hotspot. 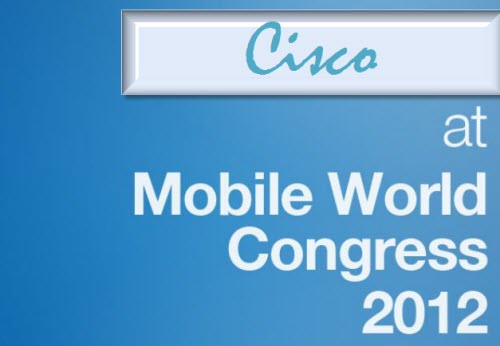 Cisco also announced the availability of a Small Cell Gateway for operators to manage subscriber and service information across licensed 2G/3G/4G LTE networks and unlicensed Wi-Fi/femtocell networks. The Small Cell Gateway will manage subscriber and service information from both types of small cells and handle tasks such as authentication and provisioning.

“We are now entering the post-macro-cell era, where small cells also will play a critical role in delivering the next-generation mobile Internet,” said John Chambers, Cisco chairman and CEO. “Existing mobile network infrastructures simply cannot sustain the growth we’re seeing on their own.”

Based on its own research, Cisco says the next five years will see an 18-fold increase in the amount of mobile data traffic and a 3X increase over fixed data traffic. And the number of mobile devices will outnumber the amount of people on the planet by then too. Physical limits and a shortage of licensed spectrum make it impossible for existing cellular networks to sustain the expected proliferation in mobile traffic and devices.

Due to physical limits and availability of licensed spectrum, existing cellular — or macro radio — networks alone are incapable of sustaining the growth in mobile traffic and devices, Cisco says. Meanwhile, Wi-Fi connectivity is becoming more ubiquitous through devices like smartphones, tablets, televisions and automobiles.

According to Cisco’s data, 80 percent of the time that users are accessing mobile devices they are inside buildings. Service providers are looking for ways to offload traditional cellular traffic to help ensure coverage and alleviate capacity constraints from limited availability of licensed spectrum.

The Small Cell Gateway for Wi-Fi/femtocell deployments is an integrated packet core for macro radio, Wi-Fi and femtocell antennas. The gateway is based on the Cisco ASR 5000 Series Mobile Multimedia Core Router and paves the way for operators to manage subscriber and service information. The Small Cell Gateways solve a particular challenge. Wi-Fi connectivity is becoming more ubiquitous through devices like smart phones, tablets, televisions and even automobiles.

“If you are using a device that has two radios in it and you move from one network to the other, whatever service you are using is going to drop. The user shouldn’t be the integration point trying to figure out what network to use and which one is better,” said Zeus Kerravala, principal analyst at ZK Research.

“The device and the network should figure that out. That’s what Cisco is working on. Cisco is trying to make that transition to an era where the radio itself doesn’t define architecture and it’s really more of a continuous experience if the Internet is going to deliver on its promise.”

More Cisco News: Cisco: What Mobile Internet Traffic Will Look Like by 2016?