You are here: Home 2012 May Types of Networks 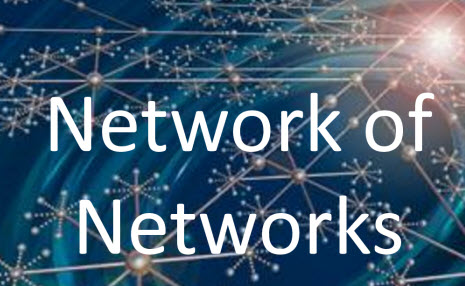 A Brief Overview of the Different Types of Networks

A LAN is a local area network that means it is spread over a small area, such as a home, a school, sometime maybe a small group of buildings. In TCP/IP networking, a LAN is often but not always implemented as a single IP subnet. They are often run by a single person and tend to use Ethernet and token ring connectivity systems.

A basic LAN consist many components and some of them are listed below:

A Wide Area Network (WAN) covers a significantly larger geographic area than LANs or MANs. A WAN uses public networks, telephone lines, and leased lines to tie together smaller networks such as LANs and MANs over a geographically dispersed area. Connecting devices in different geographic areas together for information sharing, WANs are an important piece of enterprise networks. For example, consider the VisaNet global network used by Visa International. The VisaNet network connects locations throughout 150 countries to validate and debit credit-card transactions at over 24 million locations. By providing security and simplicity over a standard-based WAN architecture, Visa International relies on their network infrastructure to provide reliable access to merchants who accept Visa credit cards for transactions.

MAN stands for metropolitan area network. As the name suggests a MAN usually have a range of a particular city. They typically use wireless (Wi-Fi or WiMAX) infrastructure or Optical fiber links to interconnect their LAN sites or single computers. In other words it is Local Area Network which is the size of a city.

Technologies that are used to deploy MAN networks in a city or a large area are Asynchronous Transfer Mode (ATM), Fiber Distributed Data Interface (FDDI), and Switched Multi Data-megabit Services (SMDS). Metro Ethernet is a MAN based on Ethernet which is rapidly replacing the older technologies which are still being used in some areas. MAN can link two LANs which done not by cabling long distance areas but rather using wireless alternatives like microwave, radio, or infra-red laser links. Most of the modern companies which deploy MANs for either commercial or private puse, rent or lease circuits from common carriers due to the fact that laying long stretches of cable can be expensive

An intranet is a private computer network built inside Organisation Company or a university. Intranet uses internet protocols with some times wired and sometimes wireless medium network connectivity to securely share part of an organization’s information or operations with its employees and students respectively. Intranet can also be described as the organisation own private inter accessible website that holds all the information on running matters of the organisation. The same concepts and technologies of the Internet such as clients and servers running on the Internet protocol suite like Hyper Text Transfer Protocol (HTTP) and File Transfer Protocol (FTP) are used to build an intranet.

The use of intranet is increasing in the cooperate sector day by day for the sharing of information and applications, collaboration between various companies to solve a common problem, teleconferencing, sharing the sophisticated corporate directories sales and Customer relationship management tools like MS project manager etc., to advance productivity.

Intranets are growing rapidly in nearly every part of the world. According to the Intranet design annual 2007 from Nielsen Norman Group the number of pages on participants’ intranets averaged 200,000 over the years 2001 to 2003 and has grown to an average of 6 million pages over 2005–2007.

In addition to providing customer access to the Internet, ISPs also provide connectivity between each other at “peering points.” Large peering points are called metropolitan area exchanges (MAE, pronounced “may”), where ISPs are able to exchange traffic originating in one ISP that is to be delivered to a different ISP. Three major peering points exist in the United States; they are MAE-East in Washington D.C., MAE-Central in Dallas, Texas, and MAE-West in San Jose, California. Qwest maintains a map that shows the connection of these peering points.

LAN, How to Set Up LAN Network?