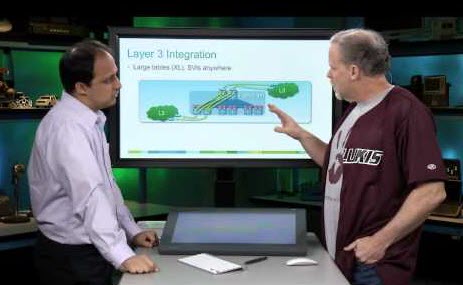 It also explains how to implement VLANs and Private VLANs using of Nexus switches. At Layer 2, VLANs segment traffic to define failure domains and pinpoint security concerns. PVLANs enable administrators to subdivide VLANs, offering another level of security. This chapter covers VLAN and PVLAN configuration and verification and the VLAN Trunking Protocol (VTP).

The spanning-tree toolkit covered in this chapter focuses on NX-OS extensions, which can improve spanning tree performance and security. Some of these enhancements include BPDUFilter, BPDUGuard, RootGuard, LoopGuard, Dispute Mechanism and Bridge Assurance.

Finally, the authors address how the Nexus 7000 and 5000 series offer Virtual Port Channels (vPCs) which enable links that are connected to different devices to be aggregated into one link. The additional benefits vPCs offer include improved bandwidth utilization and increased elimination of spanning-tree blocked ports through loop-free topology. Configuration of the vPC is done by associating two Nexus devices into a vPC domain. In this domain, information is transferred between vPC peers across two links which are the vPC peer-keepalive and vPC peer links.

Read the chapter in its entirety to learn more about Nexus switches and Layer 2 switching, as well as additional topics including Unidirectional Link Detection.

How to Migrate from Catalyst to Nexus?