Cisco announced it intends to buy Israeli software maker Intucell for about $475 million in cash to expand its mobile network management offerings. 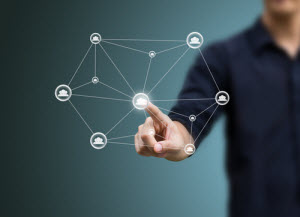 Headquartered in Ra’anana, Israel, Intucell provides advanced self-optimizing network (SON) software, which enables mobile carriers to plan, configure, manage, optimize, and repair cellular networks automatically. Intucell’s SON uses big data to assess the state of a network and lets a carrier’s towers communicate with each other. That way they can expand or contract their cells in real-time so customers on the fringes of a block get picked up by neighboring towers, and users in the center of that block get much better reception.

Intucell’s software can detect coverage, overload and other issues in real time and automatically adjust the network to respond, according to the company’s website. For example, when too many users are connected to one base station, the system automatically adjusts coverage by getting assistance from nearby towers, the company said.

For users, that means fewer dropped calls, better network coverage and less congestion, according to Intucell. For operators, it is another tool as they face a growing volume of data, according to Cisco.

In addition to Intucell’s technological prowess, Cisco also highlighted the fact that the company’s software works with hardware from multiple vendors.

The acquisition is expected to close in the third quarter of Cisco’s fiscal year 2013, and is subject to the usual closing conditions, including applicable regulatory approvals. 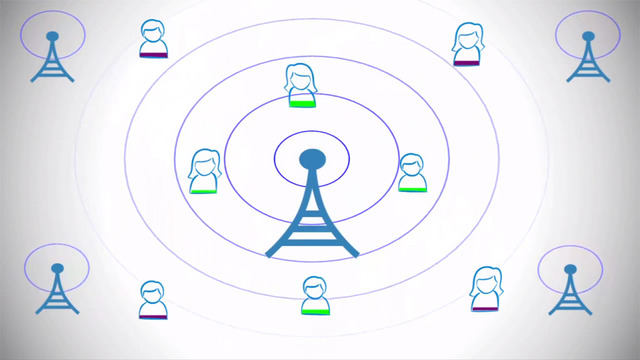 Bessemer Venture Partners racked up a huge win today. Two years ago it invested $6 million in exchange for nearly half the equity of Israeli startup Intucell, whose networking tech lets carriers handle more mobile traffic. Today, Cisco announced plans to buy Intucell for $475 million in cash, and BVP tells me it will take nearly half that sale price.

Funding Intucell’s entire $6 million Series A round was a risky bet for Bessemer. At the time, the startup had just six employees and no customers. But together, two of Bessemer’s partners realized there was something special about Intucell and its self-organizing network (SON) software.

Adam Fisher, head of BVP’s European office in Herzliya, Israel, discovered Intucell. He was impressed with founders Rani Wellingstein, a serial entreprenuer and telecom veteran from Celltick who previously sold NKO to ECI, and Ido Susan, a 26-year-old tech wunderkind. Fisher had actually backed Rani at Celltick and helped him with recruiting.

Fisher’s got support for doing the deal from Bob Goodman, the founding partner of Bessemer’s New York office. A telecom veteran, Goodman recognized Intucell would make a great investment because it could help carriers solve the “mobile data crunch”. As smartphones and tablets propagate, and users fall in love with bandwidth-taxing apps and video, network congestion is degrading the service carriers offer their customers. With such deep pockets and a lot to lose, Goodman realized carriers could become serious customers for Intucell.

Together, Goodman and Fisher handled BVP’s investment in Intucell, each taking a board seat with the startup. During due dilligence, Goodman would end up introducing Intucell to AT&T, who would soon pay Intucell $50 million to use its technology. A full U.S. roll-out of Intucell’s SON would help AT&T reduce dropped calls by 10%, most notably in San Francisco where carrier was known for instability. The money would help Intucell scale and pitch to other partners, eventually allowing the business to grow to 85 employees and cash flow break-even with deployments around the world.

CISCO Cozies UP TO Carriers

Two years after BVP’s investment, Cisco saw the potential in Intucell too. The company was looking to get into a business that sold to carriers, but didn’t want to sell hardware base stations —a market with declining margins and increasing Chinese competition. Intucell’s radio access network software business was an alternative entry to the space.

So today Cisco announced it will buy all of Intucell’s business and operations for $475 million in cash and retention-based incentives. The deal is expected to close in Cisco’s 2013 fiscal year after regulatory approvals. At that point, Intucell will be integrated into Cisco’s Service Provider Mobility Group, and will report to Shailesh Shukla, Cisco’s VP and general manager for software and applications. The deal makes Intucell the twelfth Israeli startup bought by Cisco, though the last one was in 2005.

“The mobile network of the future must be able to scale intelligently to address growing and often unpredictable traffic patterns, while also enabling carriers to generate incremental revenue streams. Through the addition of Intucell’s industry-leading SON technology, Cisco’s service provider mobility portfolio provides operators with unparalleled network intelligence and the unique ability to not only accommodate exploding network traffic, but to profit from it.”

Bessemer Venture Partners’ returns from the sale will pay out to its “BVP VII” fund, the same one that backed  Eloqua, Cornerstone, and Pinterest. Bessemer’s roadmap investment strategy centers around identifying a big market and then finding the right companies that address it. That’s why Goodman tells me BVP is “definitely on the hunt for more companies that have solutions” to the mobile data crunch. In fact, it recently funded the whole $7 million Series A of a startup called Traffix, a 4G network-signaling expert that helps telecoms build high-performance mobile networks. BVP also recently backed Vasona Networks, which aids carriers witch reducing the strain of video on their networks.

Today is also a big day for the Israeli startup scene, which will gain even more respect for developing cutting edge technologies applicable to companies around the world. BVP’s Fisher tells me:

“Israel is a tech pioneer in just about every domain venture funds invest in today, including Internet, mobile, enterprise infrastructure, semiconductors and telecom. We view Israeli start-ups in the same light as American start-ups, because they have a very similar purpose, structure and ambition, unlike many other foreign start-ups which first focus on their domestic market. An exit like Intucell does not go unnoticed as it proves that incredible outcomes are possible and Israel is a not only producing exits, but businesses.”

AllThingsD explains why it makes sense for Cisco to drop half-a-billion on Intucell:

First Intucell does business with wireless service providers that are part of Cisco’s bread-and-butter business. Second, it brings some software capabilities to the table that are fundamentally similar to the software-defined networking paradigm that has Cisco and other networking companies so excited these days. The idea is basically this: Software controls can define and dynamically control the size and configuration of a network, rather than swapping out hardware