HPE introduced Persistent Memory, known as NVDIMMs, a new category of server-storage devices that reside on the server memory bus. 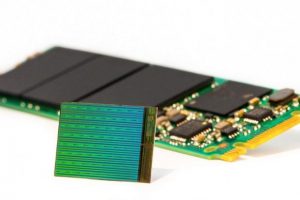 In this article it describes HPE Persistent Memory, a new technology that offers a high performance compute solution for HPE servers and discusses the benefits and limitations of the technology for IT administrators.

The HPE NVDIMM memory module combines 8GB of DRAM and 8GB of flash in a single module that fits in a standard server DIMM slot. DRAM operates at high speed but it is relatively expensive, and if a server shuts down unexpectedly, any data in DRAM is lost. Flash is slower but its nonvolatile, meaning it retains data when the power source is removed.

HPE NVDIMMs, with their high level of performance, become the new top tier in the server-storage hierarchy, handling the most frequently accessed data. HPE NVDIMMs do not need to replace existing server-storage devices such as workload accelerators but complement their functionality. The benefit of NVDIMMs is two-fold: access to the most frequently used data is substantially faster, and since many of the writes occur with DRAM-based NVDIMMs, the endurance of NAND flash-based workload accelerators and SSDs is increased. 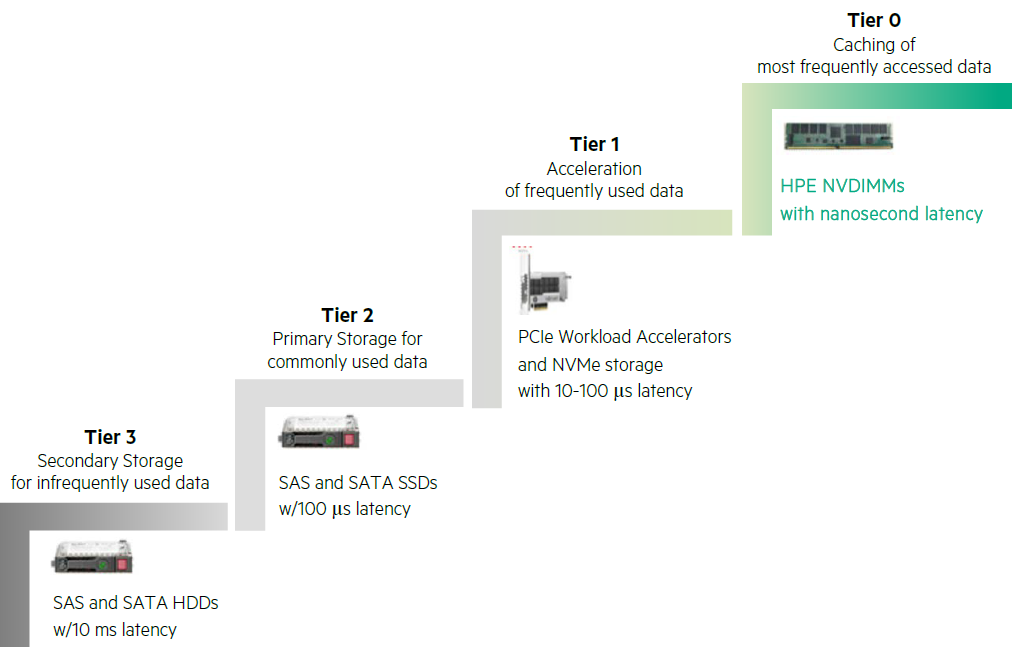 At this time, HPE plans to offer HPE NVDIMMs as an option for the HPE ProLiant DL380 Gen9 and DL360 Gen9 Servers.

The HPE 8GB NVDIMM Single Rank x4 DDR4-2133 Module is the first fully integrated Performant Persistent Memory solution for ProLiant servers. This memory module has many of the same attributes of emerging memory media, but is built with trusted components based on very mature technologies.

HPE NVDIMMs meets the JEDEC standard for NVDIMM-N devices. As a DRAM-based storage media, the HPE NVDIMM offers both a byte-addressable and block storage interface. As a backup storage device, the HPE NVDIMM uses NAND flash-based components in backup situations.

In normal operation, the NVDIMM uses high speed DRAM for servicing all data accesses, and operates like a standard system memory DIMM.

During normal operation, the Persistency Controller constantly monitors the I2C bus and ADR signal for notification of events that threaten the data in DRAM, such as:

Notification of any of these events will result in the persistency controller initiating a backup operation. The notification functionality required by the persistency controller is available only on specific HPE ProLiant platforms that include the Complex Programmable Logic Device (CPLD) and an Intel Broadwell series processor. These components use the ADR signal, which indicates that the processor should flush the write-protected data buffers and place DRAM into self-refresh.

Note: NVDIMM functionality requires HPE ProLiant platforms that include the CPLD and Intel Broadwell processors. Without these components, HPE NVDIMMs will not function properly. Refer to the section NVDIMM deployment for HPE platforms and operating systems that offer NVDIMM functionality.

The backup operation begins as soon as the persistency controller receives notification of a backup trigger event. The persistency controller systematically transfers all the contents within the volatile DRAM to the onboard NAND flash device (Figure 4). The transfer operation can take over a minute to complete. During this time, LEDs indicate that the backup operation is in progress and that NVDIMMs should not be removed from the system.

It is assumed the system may lose AC power during the backup operation. Since a power source is required to keep the NVDIMM operating during backup, the Smart Storage Battery used to power Smart Array cache modules also provides BU power to the DIMM slots for the NVDIMMs. Up to 16 NVDIMMs can be installed in a system (depending on Smart Storage Battery capacity) and receive backup power without the need for auxiliary cabling or more risky supercap technology.

The restore operation (Figure 5) is the reverse of the backup operation. As a system with NVDIMMs boots, the following operations occur:

The system boot process does not complete until both the DRAM contents are restored and the Smart Storage Battery contains sufficient charge to handle a subsequent power loss. If there are any errors in this process, notifications are sent as POST messages and logged in the IML Log.

HPE Persistent Memory can be deployed on the following HPE systems:

Support for NVDIMMs is available with the HPE Linux® Software Development Kit (SDK). The Linux SDK is designed for application providers and developers incorporating HPE 8GB NVDIMM technology into Linux applications. We are working with many major distributions to begin adding persistent memory functionality to the kernel. Updates on support in future Linux distributions will be announced on hp.com.

NVDIMM as a Block Device

The easiest way to deploy NVDIMMs is as a block device. Table 2 illustrates the extreme NVDIMM performance by comparing the 8 GiB NVDIMM device to the fastest SSD and PCIe Workload Accelerator cards in the HPE portfolio: Note that these numbers do scale when additional devices are added to the system.

Another way to deploy the HPE 8 GiB NVDIMM is to use it as a high-speed cache in front of a storage subsystem. As with any caching deployment, the expectation is that the performance of the subsystem will be somewhere between the cache’s performance and the storage subsystem’s performance. The effectiveness will vary based on the temporal/spatial locality of the application’s access patterns. HPE is working to identify applications that have good access locality.

Block accesses have a lot of overhead in accessing storage. Figure 6 shows three scenarios. The left bar shows access to a NAND flash-based device. The green sections represent the time spent in the flash media, the grey the time spent in the media controller and on the PCI bus, and the black is time spent in software. The middle bar shows the time it takes to access an 8 GiB NVDIMM through the block layer. While significantly faster than the SSD, there is still a few microseconds of software overhead. The right bar shows a further reduction in latency if the software overhead is removed. As indicated, there are big benefits to moving from an SSD to an NVDIMM device, but there are still many orders of magnitude difference between block and byte-addressable accesses. 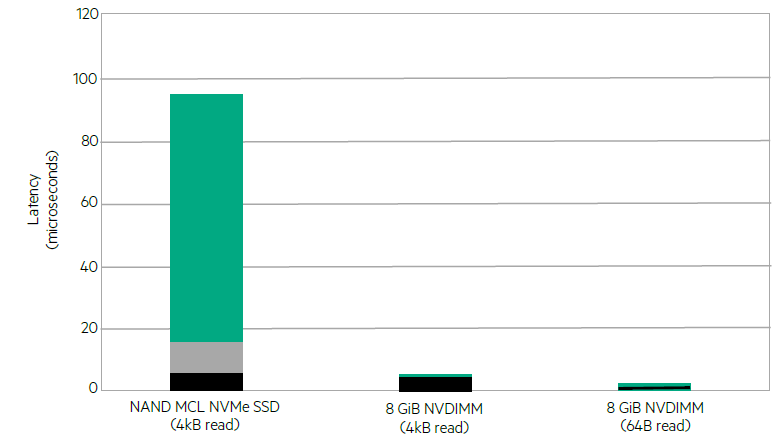 The Integrate Lights Out (iLO) board management controller also provides health and alerting for NVDIMMs.

HPE NVDIMMs require certain considerations to achieve optimal performance and unique considerations regarding removal and relocation. The following guidelines should be followed by IT personnel when configuring and handling HPE NVDIMMs. For more information, refer to the HPE NVDIMM User Guide referenced at the end of this document.

To reduce the chance of loss of data or damage to electronic components the following guidelines should be observed:

Detailed information on removal procedures is provided in the HPE NVDIMM User Guide referenced at the end of this document.

View More about the HPE Servers