Cisco 4000 ISR and Cisco ISR G2 Routers, an important difference in performance reporting between the two families to be aware of is that although the Cisco Integrated Services Routers Generation 2 (ISR G2) routers report 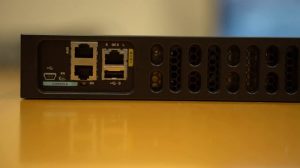 performance at absolute maximum capacity for Non Drop Rate (NDR) for reported test cases*, the 4000 ISR might not be very loaded at all for the same test cases.

* The only exception is in the rare case in which an ISR G2 router hits the interface line rate.

The Cisco 4000 with its distributed architecture and multithreaded Cisco IOS Software provides a significantly higher capacity for handling heavy traffic flows than its predecessor, the ISR G2 routers. As a result, the 4000 platforms frequently hit the upper predefined performance limit at low or moderate CPU loads in our tests.

Thus when comparing throughput numbers between the two families, we must account for not only the bits-persecond (bps) number, but also the CPU load on the 4000. Even though a reported throughput number for a specific service hits its maximum limit in bits per second, the router might still have plenty of headroom left for additional services in parallel with the tested services combination. Accommodating multiple services at low CPU loads allows the 4000 platforms to scale better than their predecessors.

The distributed architecture of a 4000 furthermore dramatically changes the performance characteristics of the platform when under load from very CPU-intensive service combinations. A 4000 will handle traffic flows under these heavy services, yielding a significantly flatter performance curve than a traditional single CPU platform. Thus the more CPU intensive a service or service combination is, the higher the difference (delta) in throughput we can expect to see when comparing a 4000 to a traditional router.

The examples given in Table2 and Figures4 and 5 comprise two 4000 and two ISR G2 platforms positioned for the same type of branch-office size: A 4331 ISR compared to its ISR G2 equivalent, the 2911 ISR, plus a 4431 compared to one of its feasible ISR G2 equivalents, the 3925 ISR.

Here we see a span from 1.5x and 2.0x in single services cases up to 7.4x in the most intensive test case. This span is, of course, caused by the maximum performance limit being reached before the actual capacity of the router did.

These examples are typical cases in which the CPU load needs to be accounted for. In the first test case, the 4431 is operating at only 20-percent CPU load, whereas the 3925 is at NDR 99 percent, meaning that a 3925 is using all its resources, in this case five times as much, to provide half the bandwidth in Mbps as the 4431. Twenty percent is a very low CPU load with lots of headroom for additional services.

Note that the delta between the ISR 4000 and ISR G2 is at its highest when both platforms are operating at NDR; that is, when no artificial shaper is limiting throughput. 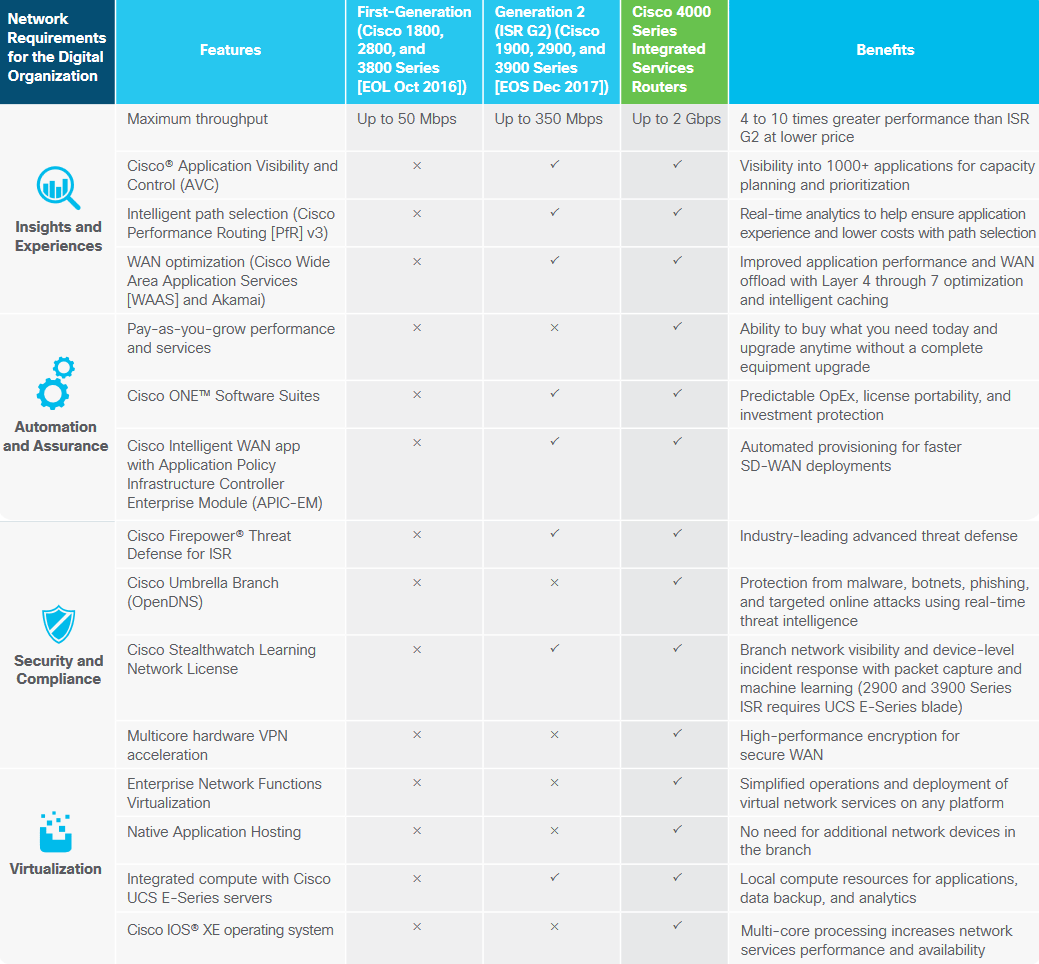 Get the Best Prices on Cisco ISR 4000 Series

Migrating to Cisco 4000 Series ISR…Benefits You Get