You are here: Home 2018 December Who will Select HPE ProLiant DL360 Gen10 Server?

If your data center needs a secure, performance-driven dense server that you can confidently deploy for virtualization, database, or high-performance computing, you can consider the HPE ProLiant DL360 Gen10 Server. 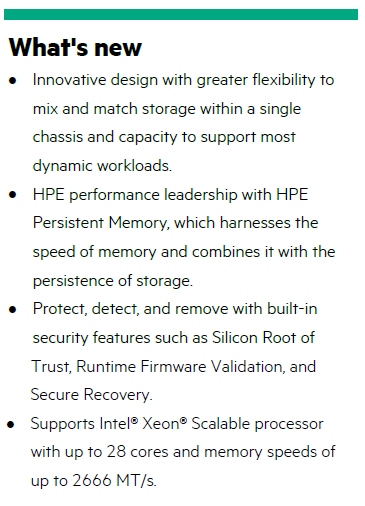 The HPE ProLiant DL360 Gen10 is a highly flexible, performance-driven two-socket server that features Intel’s new Scalable family of processors in a densely-packed 1U form factor.

Similar to HPE’s 2U DL380 Gen10, the DL360 offers the same memory capacity but with less storage and expansion options. This server is ideal for use a foundational server or for use in space-constrained environments that still require powerful performance.

Intel’s C621 chipset supports a maximum of two of Intel’s new Scalable family of processors, either Bronze, Silver, Gold, or Platinum supporting 4 to 28 cores depending on your choice of processor, and budget. This platform supports up to 3TB of memory and with two top of the line processors installed, that’s 56 cores! More cores and memory means support for more virtual machines or containers. Powering the system is one or two HPE Flexible Slot power supplies either a 500W, 800W, or 1600W power supplies with efficiencies of 94% and 96%.

There are a few different chassis configurations to choose from depending on your workload requirements.

The optional rear mounted dual NVMe drives are mounted in a special 2.5-inch smart carrier that will hold two uFF (Micro Form Factor) M.2 cartridges each, for a total of four uFF drives in two smart carriers. Another optional rear drive option includes a single SFF drive or one dual uFF with two M.2 cartridges and is available for all chassis configurations. The optional rear drive options will take up some of your PCIe slots. Administrators can choose from several Smart Array storage controllers for both internal and external storage options. Both the 4-bay and 8-Bay chassis support an optional optical drive.

The system will support a maximum of three PCIe 3.0 expansion slots with either one or two CPUs installed. There are also several options for the primary riser to support different cards and including a GPU riser, a SATA M.2 riser, an NVMe riser, and a secondary riser that supports three PCIe slots and is the only one of the bunch that requires two processors. There are five USB 3.0 ports total, which is standard on all chassis with one in front, two in the back, and two internal.

The DL360 Gen10 offers Administrators embedded management and enhanced security with the new Integrated Lights Out (iLO) 5.0 module with a new HPE custom chip and updated firmware. The combination offers enhanced security features that HPE terms the “silicon root of trust”. iLO Basic is standard on the system but Administrators can also choose from several other advanced editions with the purchase of a license key. There’s also an optional Trusted Platform module that prevents unauthorized access to the chassis, and an optional intrusion detection kit. For managing multiple generations of HPE servers, HPE OneView helps Administrators quickly allocate resources where they are most needed. OneView is part of HPE’s Composable strategy allowing the reconfiguration of server storage networking assets to deliver resources where they are most needed, at any time.

The HPE ProLiant DL360 Gen10 server offers a significant increase in performance over the previous generation simply with the addition of the Intel Scalable Family of processors. Add to that choices for persistent memory, persistent storage, and a host of other hardware and firmware improvements and it’s clear HPE has pushed the boundaries with this new system. 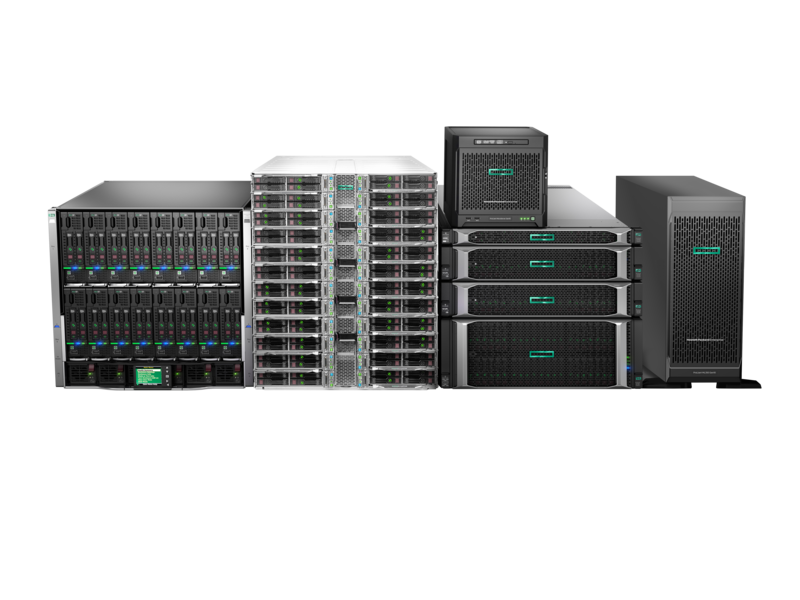 The Highlights of the ProLiant ML30 and DL20 Gen9