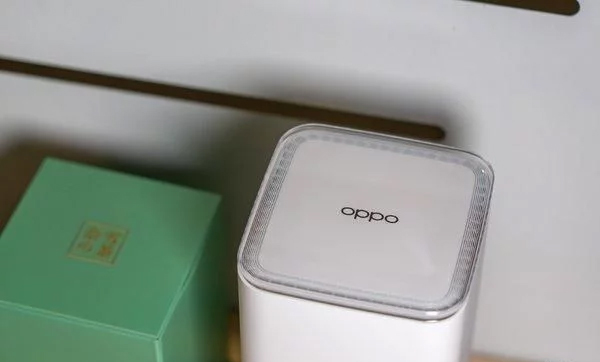 What is a CPE router? CPE routers extend and enlarge mobile networks such as 4G/5G and convert them into Wi-Fi networks that can be used by laptops and mobile phones, providing an experience similar to traditional wired networks. With sufficient 5G/4G traffic, it will directly replace traditional wired broadband and become a new network choice.

As early as in the 4G era, Huawei and ZTE began to deploy similar CPE equipment, allowing users to enjoy high-speed and low-latency notification networks without connecting to the network cable.

Back to OPPO 5G CPE T1, this CPE router has a built-in Qualcomm Snapdragon X55 modem, supports all Netcom 4G/5G networks, and is compatible with SA independent networking and NSA non-independent networking. The WiFi chip uses Qualcomm QCA6391 that supports Wi-Fi 6, which can also be used as a Wi-Fi 6 router.

OPPO 5G CPE T1 adopts simple design language, white appearance and square structure, built-in Wi-Fi antenna. The volume of CPE T1 is almost the same as that of traditional distributed sub-routing. It can be flexibly deployed in places with excellent 5G/4G signals. It can also be used as a traditional limited router for dial-up, but it is wasteful to treat CPE as a simple router. 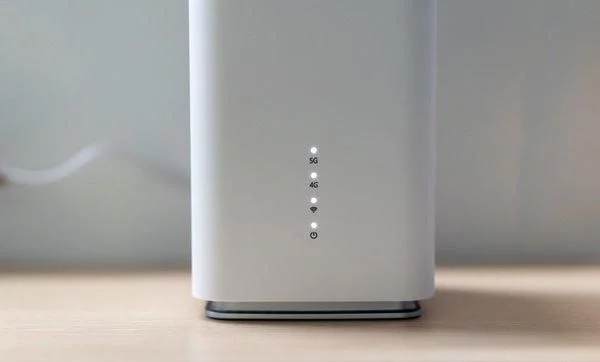 There are 4 signal indicator lights on the front of the fuselage. From top to bottom, they are 5G network, 4G network, Wi-Fi, and power supply, which represent the router’s network and power connection status. 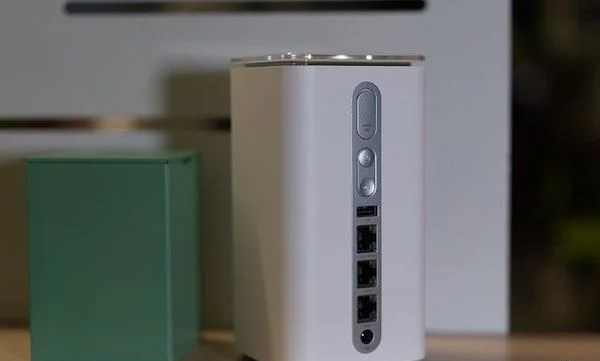 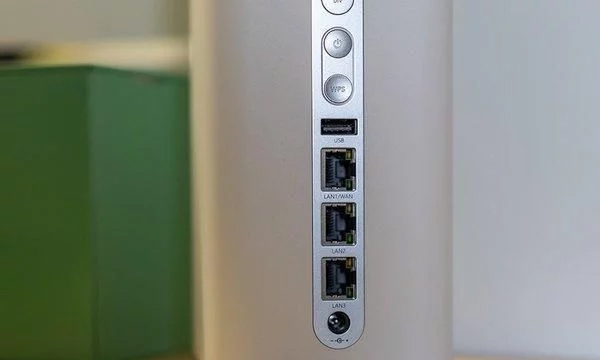 The back of the fuselage provides a power button, a WPS button, plus one that supports WAN/LAN interface and two Gigabit LAN ports. Above the RJ-45 interface is a USB-A interface, and there is a DIV interface on the power button to satisfy most users. Expand demand. 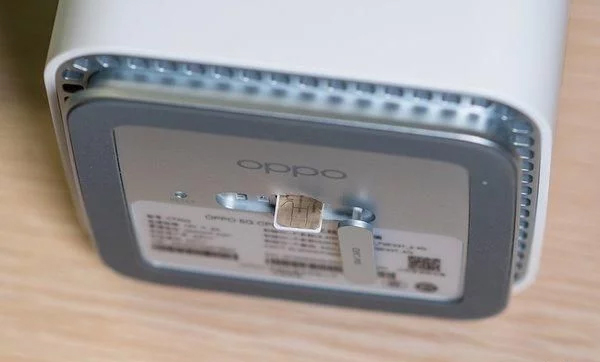 The SIM card slot is hidden at the bottom, and the 5G card is inserted in. The method of inserting the SIM card is similar to that of a mobile phone. Insert the SIM card, connect the router to the power supply, and wait for the indicator light to light up. The 5G/4G network access is quite simple. The initial Wi-Fi name of the router is “OPPO_xxxxxx_2.4G/5G”, and the password is at the bottom of the router.

I believe many people will ask, is it not possible to use a 5G mobile phone to turn on a hotspot function, can it also realize the function of CPE T1 routing? But nothing can be generalized. The antenna and heat dissipation structure between the mobile phone and the router are different, and the network gain and signal stability are different.

The test of the router is naturally inseparable from the network performance. The 5G network signal of the telecommunications near the company is quite ordinary, and it is unlikely that the 5G will run at full speed. The test terminal is OPPO Find X2, software Speedtest.

The Speedtest test item is the upload and downlink speed of 2.4G Wi-Fi and 5G Wi-Fi. In addition to testing the OPPO 5G CPE T1 routing, it will also test the transmission rate of Wi-Fi 6, 100M optical fiber. 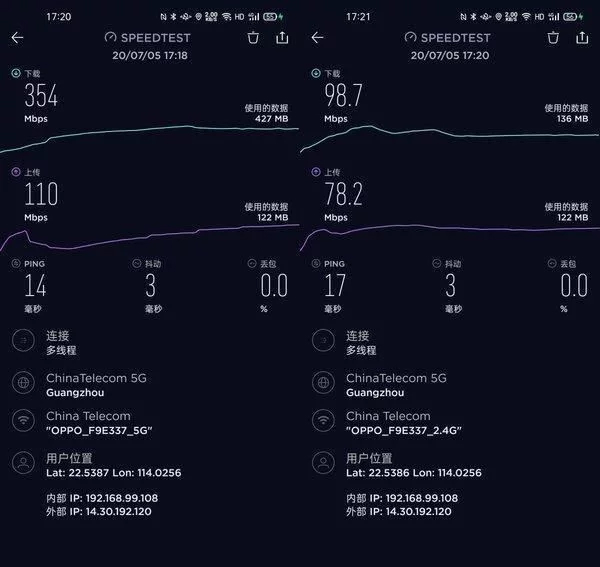 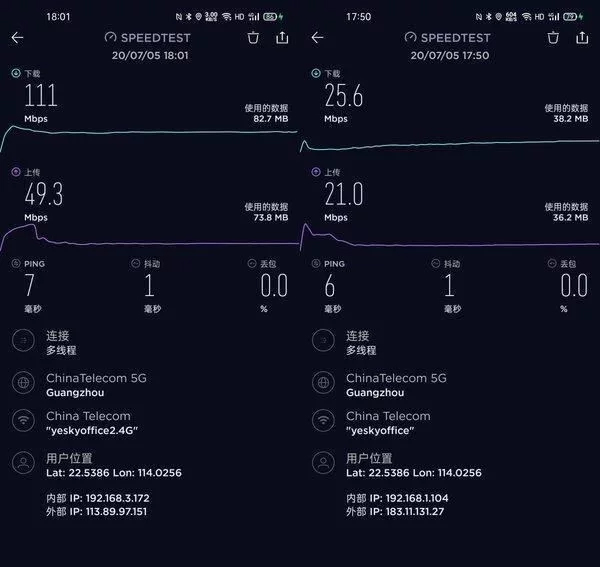 The uplink and downlink rates of Wi-Fi 6 routing connected with 500M fiber are 111Mbps and 49.3Mbps respectively.

There is no interference signal at 10 meters, the signal strength of 2.4G and 5G is good, and the network speed of 5G reaches 40Mbps.

The signal at a distance of 5 meters and one wall apart is equally good, but the speed of the network has dropped further, but it is still equivalent to 50Mbps broadband.

From the perspective of the performance of 5G to WiFi, OPPO 5G CPE T1 has been quite mature in design and functions. The high bandwidth and low latency advantages of 5G network bring a more stable and smooth network experience than the 4G era. Whether it is browsing the web, online videos, or various games, it is not inferior to wired broadband.

It should be noted that the current 5G network mainly adopts the NSA non-independent networking mode. After the low-latency SA networking becomes the mainstream 5G, the experience will be further improved.

But unstable factors still exist. The network signal and package restrictions of different operators will make 5G to WiFi uncontrollable. First of all, with a large number of users, it is still unknown whether 5G’s stable performance and transmission speed can meet the requirements.

In addition, the current carrier’s package data package is about 50GB, and the author spent more than 2GB of traffic in ten minutes of the test process. 50GB is a drop in the bucket in the face of high transmission rates. Only when the traffic becomes “cabbage price”, CPE type routing will Directly replace wired optical fiber and become the mainstream of users and the market.

The web-side management background and usage method are similar to traditional routers, including functions such as network detection, automatic repair and dual-band WiFi. It is stress-free to use as a router. 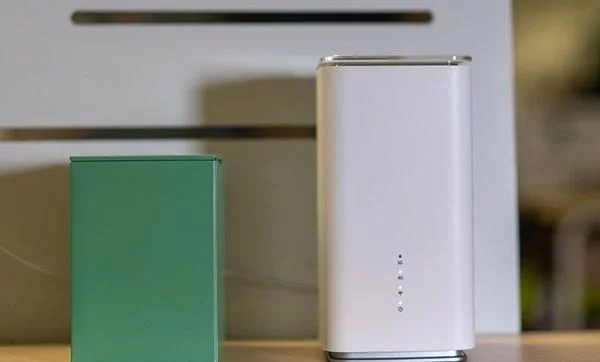 In the case of weak growth of mobile phones, the development of mobile phones and surrounding ecology has become the focus of many manufacturers, and routers as the core of the Internet of Things will naturally become the core of the future layout. OPPO launched the CPE T1 router, hoping to serve as the entrance to the Internet of Things when 5G matures, which is more meaningful than pure Wi-Fi 6 routing.