Cisco zeroed in on mobility with several product announcements at Interop New York that focused on improving the performance and simplifying the deployment of wireless LAN infrastructure. 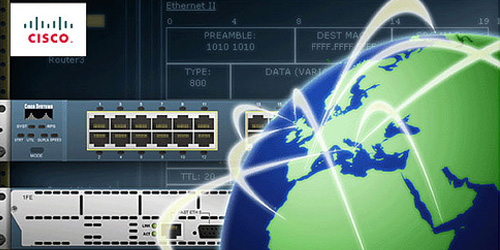 Cisco’s new Aironet 3700 series is the company’s next generation of wireless access points (APs) supporting Wave 1 of the new 802.11ac Gigabit Wi-Fi standard, touting 4×4 MIMO with support for up to three spatial streams and list prices starting at $1,495. The new 802.11ac access point allows for a modular upgrade to support the next set of 802.11ac specifications, called Wave 2, which is expected to be released in 2015. The AP’s purpose-built chipset also supports Cisco’s ClientLink beamforming technology and its CleanAir radio-frequency interference product.

Joe Rogers, associate director of network engineering at the University of South Florida, which comprises three campuses in Tampa, St. Petersburg and Sarasota, Fla., plans to buy the 3700s as soon as Cisco starts shipping them in November. He hopes the new APs will help his network– consisting of 4,200 APs and a 10 GbE backbone–keep up with the ever-growing bandwidth demands of students who come to campus with at least two wireless devices.

“Bandwidth is too important and client density is too important (for us to delay any deployments), and it’s a real challenge in higher-density areas,” Rogers said. “We’re trying to get as much throughput to as many clients as possible.”

For a lecture hall that seats 500 students, that can mean having enough capacity to support 1,000 devices, which can require up to 20 802.11n APs, Rogers said. The burdens don’t stop at the classroom, either. When Apple released its iOS 7 software update two weeks ago for iPhones and iPads, Rogers immediately saw a 300 MB increase in traffic on the wireless LAN.

He hopes that 802.11ac access points will enable them to deploy fewer APs in the future, but acknowledged that by the time 802.11ac-capable clients emerge, it’s likely that he’ll be having to support users with at least three devices each, instead of today’s two.

Elsewhere in its wireless portfolio, Cisco also added a new outdoor AP, the Aironet 1530 series, a small and ruggedized 802.11n access point with software-based antennae that can be configured for single- or dual-band Wi-Fi. List prices start at $2,495.

Cisco also brought its vision for converged wired and wireless networks to the midmarket this week with its announcement of a lower-end Unified Access switch, the Catalyst 3650, an access-layer switch with an integrated wireless LAN controller that Cisco has positioned as the younger brother of the Catalyst 3850 announced earlier this year. Both models provide integrated wired and wireless LAN control and share the same fundamental technologies — enabling policy enforcement for both networks on the same piece of hardware — with the newer 3650 model offering lower scale, performance and price tags.

“We started thinking about this right from the hardware level — not just putting a Band-Aid on with a software update,” said Prashanth Shenoy, director of mobility and unified access marketing at Cisco. “The underlying DNA is of the 3650 is very similar to the Catalyst 3850, which means that it is built on the same Unified Access Data Plane ASIC that makes this convergence of wired and wireless possible at the hardware level.”

Whereas the Catalyst 3850 can support up to 50 APs and 2,000 wireless clients per switch, each 3650 switch supports half that amount. The newer switch also supports stacking–connecting via an optional stacking adapter that must be purchased separately to enable the feature–for up to 160 Gbps of capacity. Stacking capabilities come with the 3850 by default–no additional purchase required — and can achieve up to 480 Gbps when stacked. Additionally, the 3650 has only fixed uplinks, compared with the 3850’s mix of fixed and modular uplink ports.

The need for converged network infrastructure isn’t unique to large enterprises with enormous networks, so the lower-end 3650 is likely to be of interest to midmarket networking professionals struggling with the same challenges around unified network control and management, said Rohit Mehra, vice president of network infrastructure research at IDC. Like larger enterprises, midmarket companies have moved away from treating the WLAN as an overlay network, he added.

“Wireless access points have become a lot more powerful and their traffic-handling capabilities have gone up tremendously, so that puts a different kind of overhead on your wireless infrastructure,” Mehra said. “And as wireless explodes, IT is looking for more of an integrated solution to secure, manage and provide good performance across both wired and wireless. That’s where I see the value of unified networks.”