To display the current state of the routing table, use the show ip route command in user EXEC or privileged EXEC mode.

The show ip route command is a powerful tool to use at this point in your search. You can directly examine the routing table to determine if an entry for the host exists.

The output of show ip route displays the entries in the routing table, as well as the means by which they were determined (directly connected network, static route, or which routing protocol was used to select the route).

It also displays the Gateway of last resort, sometimes called the default Gateway, if one is configured. This is a static route configured by the user that routes IP address 0.0.0.0. (all destinations) through a single host (the Gateway). The effect of setting a gateway is that if no routing table entry exists for a destination address, packets destined for that address will be forwarded to the Gateway router.

In the current network testing example, if you found a point in the network where the path to the host breaks down, you would want to Telnet to the last reachable device. There you could check its routing table and see if a route to the destination is present. 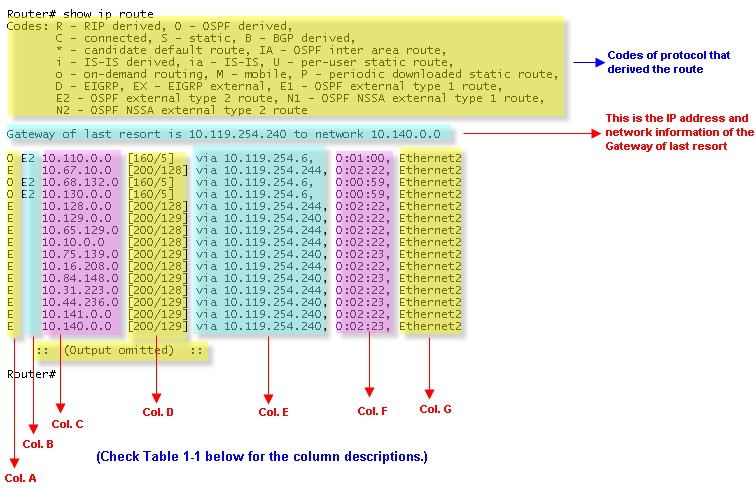