To meet specific needs of small offices and branch offices, Cisco ASA 5500 and ASA 5500-X series next-generation firewalls can do as follows:

Whether you are a small business with a single location, a midsize business, or a large enterprise with multiple branch offices, Cisco ASA 5500 and ASA 5500-X Series are the very right choice when you need one for your network. Some clients raised a question like this: “Next generation ASA 5512-X, 5515-X doesn’t require IPS module. Is that true?” “Can it block HTTPS web sites? Can it block HotSpot Shield or Ultra Surf?”

Well, you will get detailed answers and information of ASA 5505, ASA 5510, ASA 5512-X and ASA 5515-X in the following Cisco ASA model comparison. It is true that neither ASA 5512-X nor 5515-X require additional hardware for IPS module, it is already embedded. 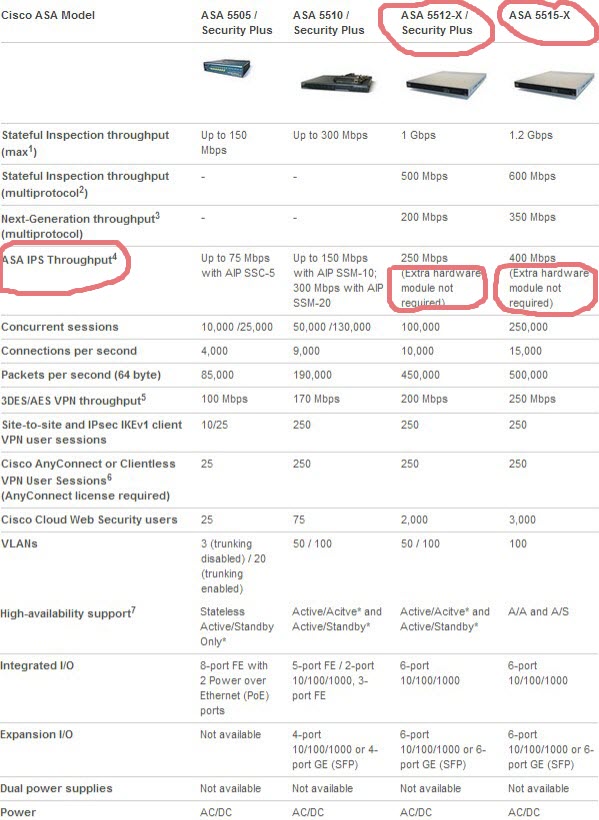