This is a ToR design from a cabling point of view, but from an operation point of view this design looks like an EoR design, because all these Nexus 2000 Fabric Extenders will be managed from the parent switch. So no configuration or software maintenance tasks need to be done with the FEXs. The cabling between the servers and the Cisco Nexus 2000 Series Fabric Extenders is contained within the rack, thus reducing cabling between racks. Only the cables between the Nexus 2000 and the parent switches will run between the racks, which can be 10 Gbps or 40 Gbps.

Multiple connectivity options can be used to connect the FEX to the parent switch, as shown in Figure2, which is explained shortly. 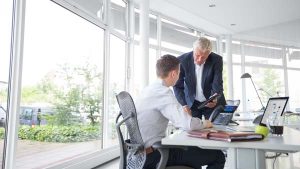 *Software support for all parent switches may not yet be available. Check Cisco NX-OS Software release notes for the specific parent switch models and minimum required software version.

Get the Best Prices on Cisco Nexus 2000 Models