You are here: Home 2014 December The Viable Cisco Nexus 5500 Core Switch for the Midsized Enterprise

For enterprises and engineers, the Cisco Catalyst 6509 has been the workhorse of small and medium-sized enterprises, used for access, aggregation and core layers for years before it has been announced end of life and end of sale. Which one will be better to replace the end-of-life Catalyst 6509?

Today, as virtualization and new storage arrays place greater demand on the network, engineers may find that the Cisco Nexus 5500 is a better core switch than the Cisco Catalyst 6509, specifically the Nexus 5596UP, as their network core switch.

What is a viable replacement for the Catalyst 6509 that will meet growth demand for 10 GbE ports without busting the budget? Cisco’s answer is the Nexus 5596UP. 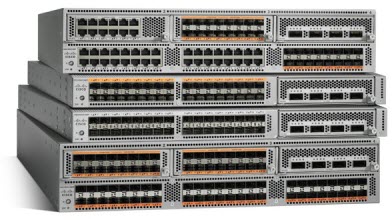 The Nexus 5596UP may have a small 2U footprint in the data center, but packs a lot of packet forwarding punch, offers multi-chassis link aggregation and fault-tolerance when configured according to Cisco best practices.

Additionally, the Nexus 5596UP is a non-blocking 10GbE switch that ships with 48 fixed ports and three slots that can be populated with additional modules. In order to use the 5596UP as a core switch, engineers will have to use one of those slots with the L3 routing engine expansion card (Version 2 boosts maximum host count to 16K), while leaving two blank slots that could be filled with 16 more 10GbE ports each. 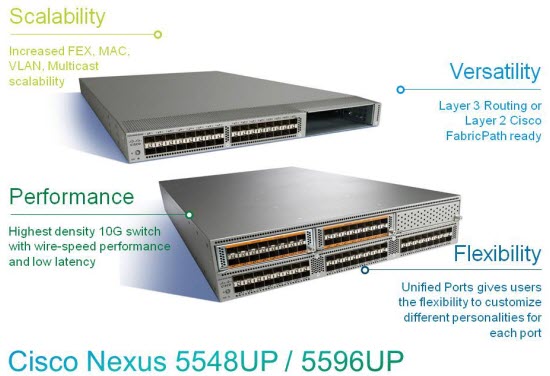 Adding the L3 enterprise software license makes a 48-port, 10 GbE switch with a full complement of routing features that can be expanded to 80 10GbE ports. That’s quite a lot of network forwarding capacity crammed into a 2U form factor. In fact, the Nexus 5596 has upsides at both L2 and L3:

Cisco Nexus 5500, in particular, the Nexus 5596UP, may be a better choice than upgrading the Catalyst 6509 with a Supervisor 2T or a Nexus 7000. But there are design challenges to consider before investing. So in the following part we will look at Nexus 5500 design considerations that must be made prior to investing.

For engineers that need better performance than a Catalyst 6509 can handle, the Cisco Nexus 5596UP may be a less expensive alternative to the Nexus 7000. However, before you call up your local Cisco partner for a quote, there are some design considerations to note: