Cisco IOS XE opens a completely new paradigm in network configuration, operation, and monitoring through network automation. Cisco’s automation solution is open, standards-based, and extensible across the entire lifecycle of a network device. The various automation mechanisms are outlined below.

Automated device provisioning is the ability to automate the process of upgrading software images and installing configuration files on Cisco Catalyst switches when they are being deployed in the network for the first time. Cisco provides both turnkey solutions such as Plug and Play and off-the-shelf tools such as Zero-Touch Provisioning (ZTP) and Preboot Execution Environment (PXE) that enable an effortless and automated deployment.

The Cisco Catalyst 9000 family of switches introduces a new and simplified licensing package in the form of base and add-on licenses.

License consumption is easily determined by the package itself. While base licenses are always permanent and without an expiration date, add-on licenses have to be purchased for a 3-, 5-, or 7-year term (and hence are also known as term-based licenses).

Table7 shows the combinations of base and add-on licenses that must be purchased.

■ Simplified Packaging for the New Era of Networking

■ Summary of Features included in the Essentials and Advantage packages:

The table shows the features included in the Essentials and Advantage packages. 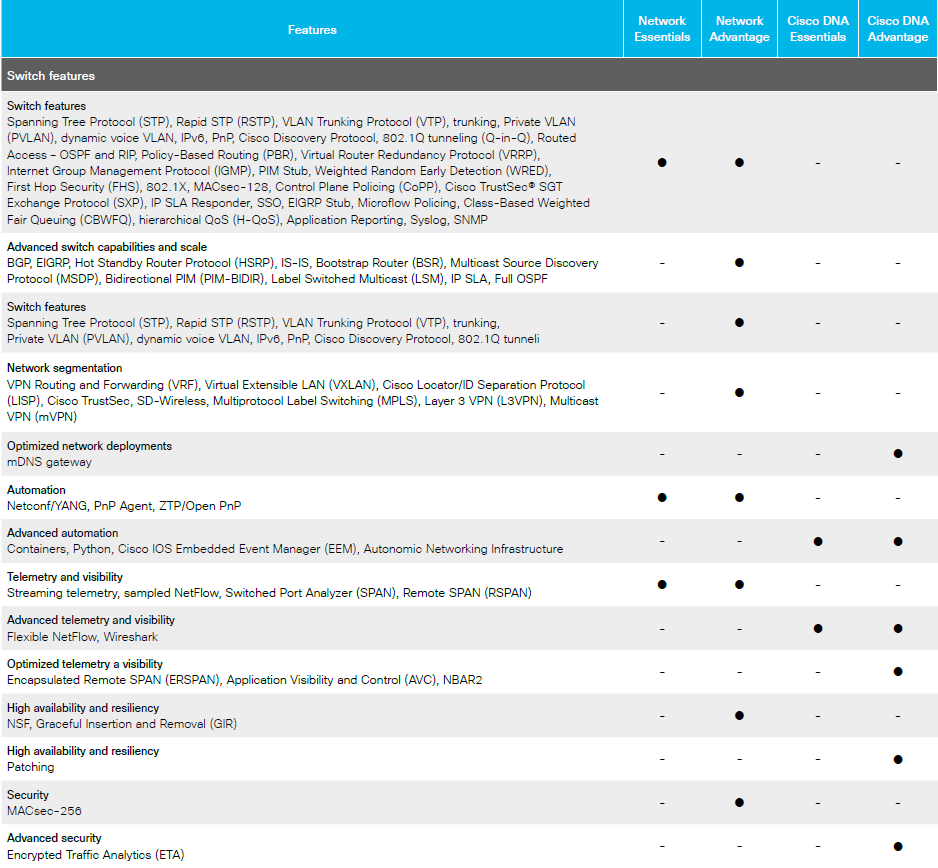 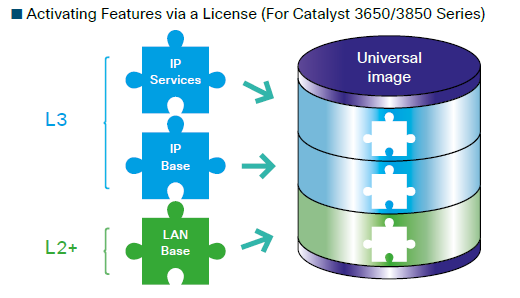 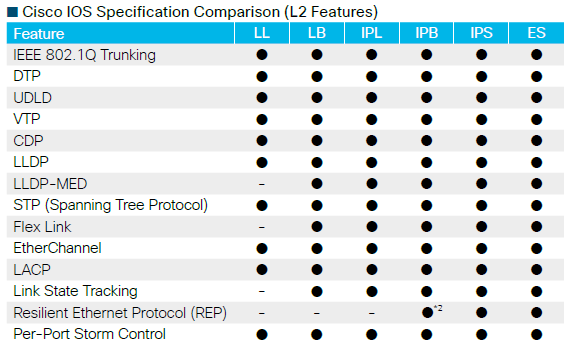 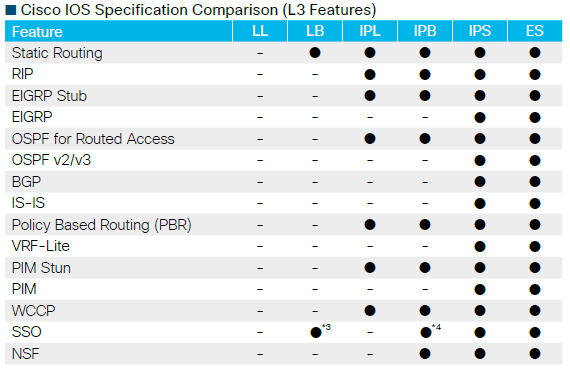 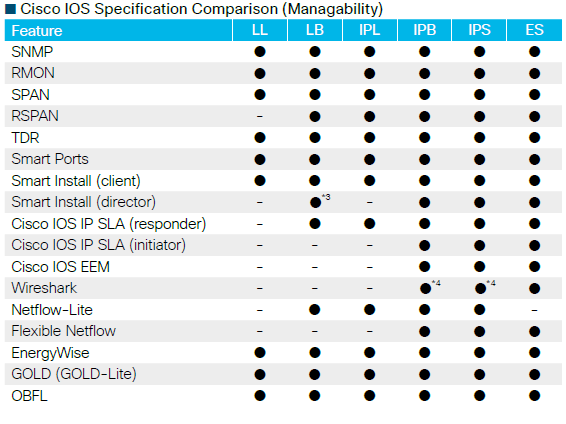 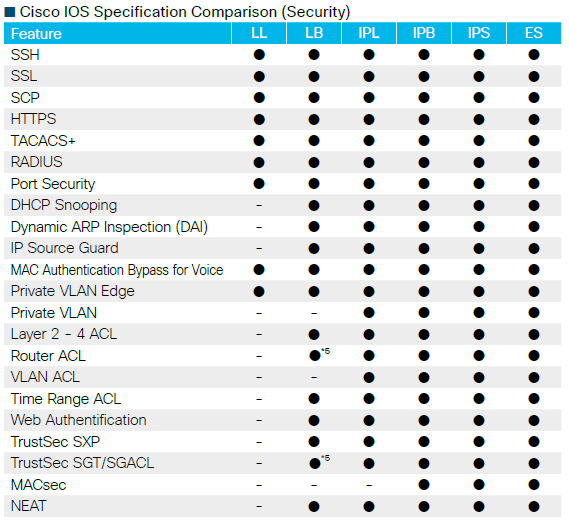 >>Get the Best Prices on Trendy Cisco Switches 2018