You are here: Home 2019 June Memory Card: What’s the difference between ROM and RAM?

Memory, in this article, I don’t mean the human memory. It’s the memory card, a hardware which is used in computers, servers and other devices. As technology developed, now there are many types of memory card. The main types are ROM and RAM.

Read-only memory (ROM) is a type of non-volatile memory used in computers and other electronic devices. Data stored in ROM cannot be electronically modified after the manufacture of the memory device. Read-only memory is useful for storing software that is rarely changed during the life of the system, sometimes known as firmware. Software applications for programmable devices can be distributed as plug-in cartridges containing read-only memory.

Random-access memory (RAM) is the most common type of memory used for a Rapid-Access Memory which is a form of computer data storage that stores data and machine code currently being used.

A Random-Access Memory device allows data items to be read or written in almost the same amount of time irrespective of the physical location of data inside the memory. In contrast, with other direct-access data storage media such as hard disks, CD-RWs, DVD-RWs and the older magnetic tapes and drum memory, the time required to read and write data items varies significantly depending on their physical locations on the recording medium, due to mechanical limitations such as media rotation speeds and arm movement.

DRAM is the most popular memory card, that is used in many devices in the market. 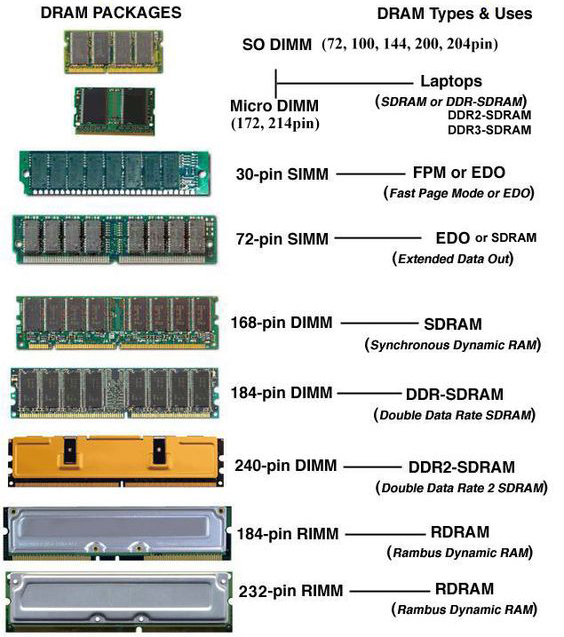 We now know the concept of ROM and RAM, but what are their differences?

Do you know the differences now? If you have different idea, leave your comment.