You are here: Home 2019 October What is the Transmission Network? 7 Concepts You need to know!

In this blog, we will discuss the main concepts of transmission network. 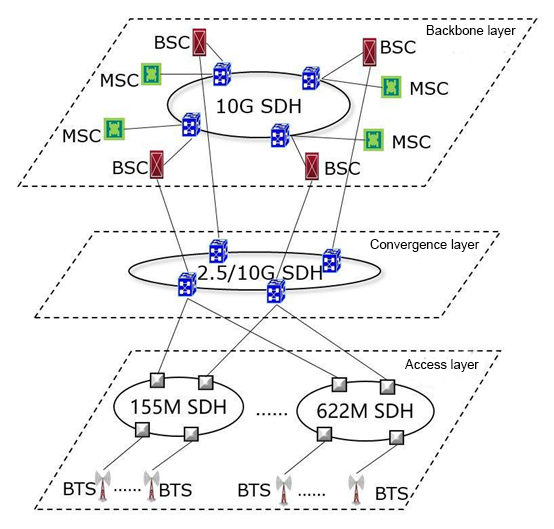 PDH, a quasi-synchronous digital series, was an early digital transmission system that began to emerge and developed rapidly in the 1980s.

There are some disadvantages of this PDH:

SDH, Synchronous Digital Hierarchy, the synchronous digital series, is also a digital transmission system. It is a combination of fiber transmission technology and intelligent network technology.

In 1988, the International Telegraph and Telephone Consultative Committee (CCITT) accepted the concept of SONET and renamed it SDH.

Compared to PDH, SDH has the following advantages:

MSTP (SDH-based multi-service transport platform) refers to the multi-service node that provides unified network management for access, processing, and transmission of services such as TDM, ATM, and Ethernet based on the SDH platform.

The relationship of PDH, SDH and MSTP:

PTN refers to an optical transport network architecture and specific technology: a layer is set between the IP service and the underlying optical transmission medium, which is aimed at the burstiness and statistical recovery of packet traffic. Designed with the requirements of delivery, with packet services as the core and supporting multi-service provisioning, with lower total cost of ownership (TCO), while adhering to the traditional advantages of optical transmission, including high availability and reliability, efficient bandwidth management mechanisms and Traffic engineering, convenient OAM and network management, scalability, high security, etc.

WDM is a technique that uses multiple lasers to simultaneously transmit multiple beams of different wavelengths on a single fiber. Each signal is modulated by its data (text, voice, video, etc.) and transmitted within its unique ribbon. 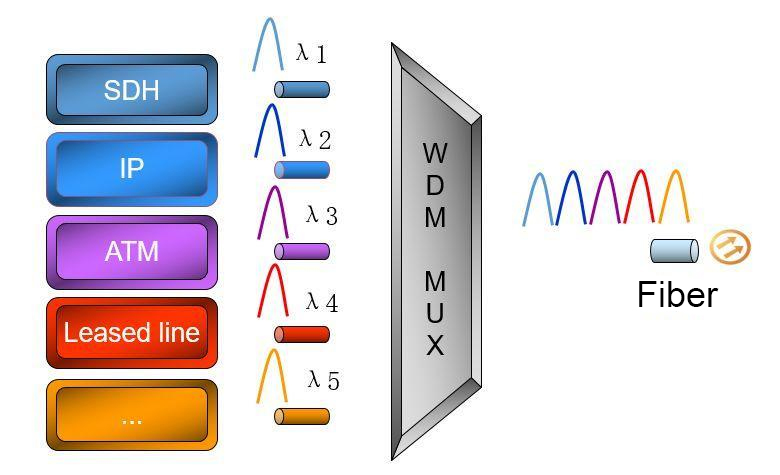 WDM is a system that carries multiple wavelengths (channels) on one fiber and converts one fiber into multiple “virtual” fibers. Of course, each virtual fiber works independently at different wavelengths, which greatly increases the transmission capacity of the fiber.

OTN is based on WDM technology. An optical transport network (OTN), a type of network, refers to a transport network that implements transmission, multiplexing, routing, and monitoring of service signals in the optical domain, and guarantees performance indicators and survivability.

OTN technology is the product of the compromise between electrical and all-optical networks. It transplants SDH’s powerful OAM&P concepts and functions into WDM optical networks, effectively offsetting the performance monitoring and maintenance management of existing WDM systems. insufficient.