You are here: Home 2020 April Huawei Mate Xs hands on Evaluation: This may be the most powerful folding screen mobile phone in 5G at present

At 21:00 p.m. on February 24, Beijing time, Huawei terminal products and strategy online conference was officially held. This new product conference of Huawei has brought a series of heavy products. Among them, Huawei Mate Xs, the latest generation of folding screen mobile phones, is the most remarkable. After a year of technology accumulation, what is the difference between Huawei Mate Xs and ordinary smart phones on the market? What foresight does it have in function? 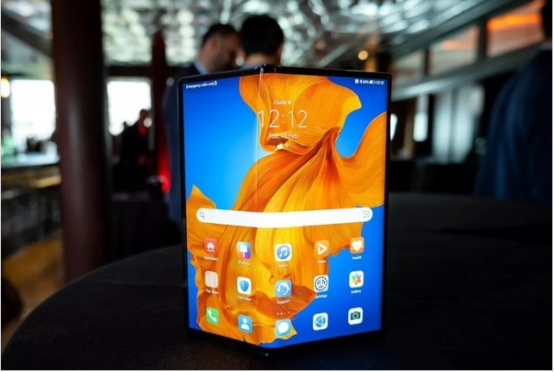 1. Folding screen solves the contradiction between portable and large screen

Although there is no unique answer to the future development of mobile phones, the pursuit of portability and large screen display is the constant demand direction of users. In terms of large screen display, smart phones can’t simply expand the screen, and the physical size will always encounter a bottleneck after reaching the limit. At this time, the contradiction between portability and large screen will also be prominent, which is contrary to the user experience emphasized by mobile phone manufacturers.

At present, most mobile phone manufacturers are working on the “high screen proportion route”, launching various forms of mobile phones, such as water drop screen, lift type, perforated screen, etc. In addition to increasing the screen share, how can mobile phones further enlarge the screen without affecting portability? 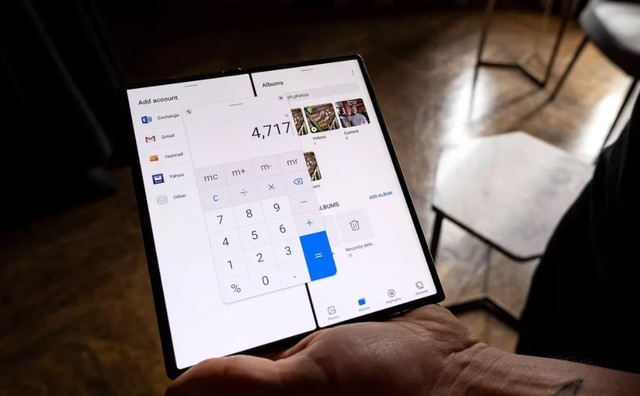 Folding screen is a new answer. Thanks to the characteristics of flexible OLED screen, it is possible to fold the mobile screen. But in the way of folding, there are several different directions in the market, of which the screen inside folding and outside folding are the most common. Like the previous generation of Huawei mate x, known as “annual financial product”, Huawei Mate Xs still adopts the design scheme of screen fold out. 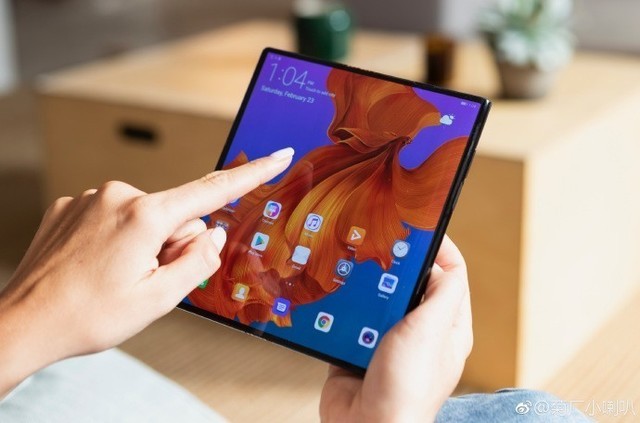 Huawei Mate Xs screen turns outward without worrying about the crease caused by too large screen curvature. In addition, there is no need to add an additional secondary screen on the back of the folding screen to avoid making the fuselage heavier and lighter. Compared with the fold in design, the screen of the mobile phone needs to be unfolded every time when operating the mobile phone. Huawei Mate Xs fold out scheme is more suitable for users’ use habits. 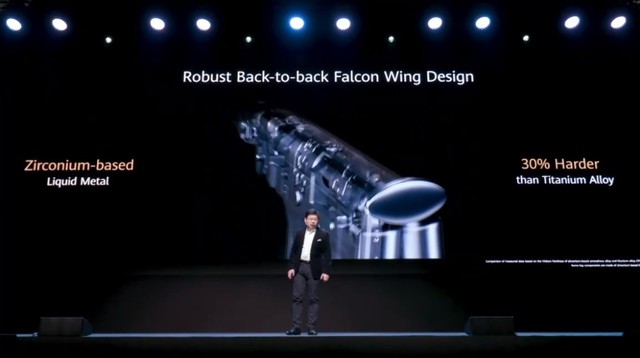 Huawei Mate Xs continues the previous generation of Eagle wing folding design, but the newly designed hinge design further enhances the structural strength of the fuselage; it can support 0-180 degrees of free fold, and there is no internal fold in the middle of the screen. It is understood that the improved hinge structure has increased the number of internal parts of Mate XS to more than 150.

In the screen part, Mate Xs adopts four layers of structure design, the top layer is the screen protection layer of polymer material, the second layer is the flexible screen that can be bent, the third layer is the soft rubber support plate, and the bottom layer is the hinge. In order to make the opening and closing experience of the mobile phone smoother and more stable, Huawei further optimized the hinge; the upgraded polyimide material improved the screen strength by 80%.

Summary: Huawei Mate Xs upgraded its hinge structure this time, which is more mature than the previous generation in terms of process completion. It combines components such as flexible screens and eagle-type hinge structures. The operation in the folded state is a full-screen mobile phone. It is very suitable for one-handed operation and has excellent portability. The expansion is a tablet computer, which brings a stronger visual impact and different interactive experiences. The two forms can be seamlessly switched.

Many people will ask what a folding screen mobile phone looks like, but what if we solve the problem of taking photos with a front camera? Huawei provides a good solution. The imaging system of smart phone takes the combination of front and rear cameras as the mainstream form, but the arrival of folding screen brings a different feeling to the imaging experience of mobile phone. 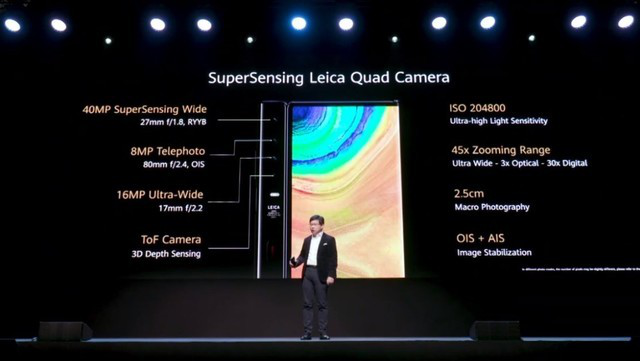 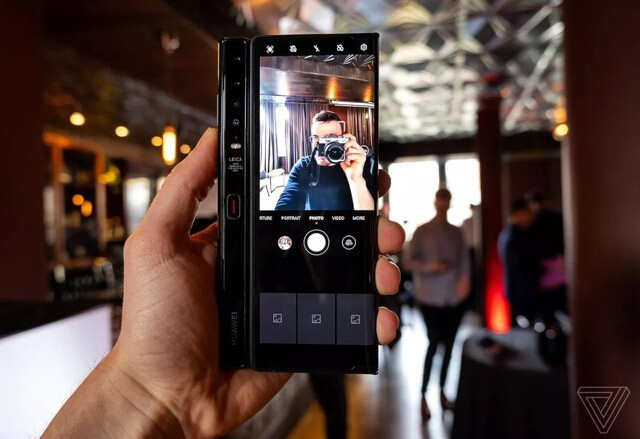 Huawei Mate Xs cleverly takes advantage of the folding screen. The four lenses on the back are both rear and front, which can play a role in different scenes. In the folded state, when you need to take a selfie, the system will prompt you to flip the phone to the side of the sub screen. At this time, the rear camera can be used as the front camera, providing a new way of selfie. This way, not only makes the selfie more clear and intuitive, but also ensures the integrity of the screen.

The whole set of Huawei Mate Xs shooting system belongs to the flagship image standard, and the four cameras are just matched, none of which covers most of the shooting scene requirements in daily life. Whether we want to take a selfie or a normal photo, Huawei Mate Xs has completed all the work with this camera module. Such a clever design not only greatly saves the internal space, but also improves the screen share and makes the self shooting experience “very different”. 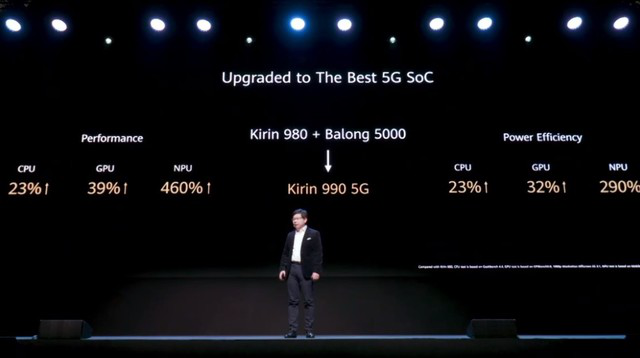 Upgraded to The Best 5G SoC

From the key words of 7nm + EUV process, the highest dominant frequency of 286GHz, 10.3 billion transistors and self-developed Da Vinci architecture NPU, we can see that the chip has strong performance. Since it is a 5G chip, the most important thing is that it brings Huawei Mate Xs faster network uplink and downlink speeds.

Huawei Mate Xs supports 2G / 3G / 4G / 5G all Netcom, NSA / SA dual-mode and 5G + 4G dual card dual standby, with theoretical download speed up to 2Gbps +. In the 5G band support, from the previous generation of 4 to 8, 5G compatibility can be achieved at home and abroad, with a wider coverage. 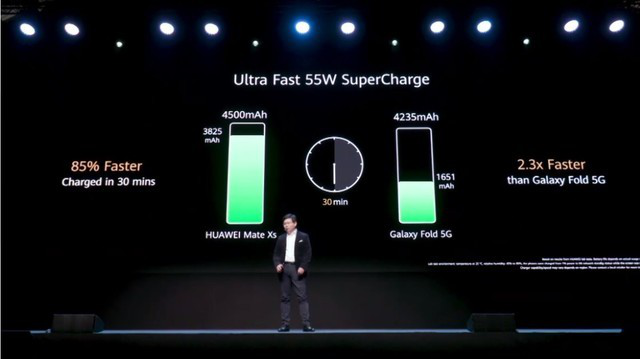 Kirin 9905G not only has the advantages of performance and 5G experience, but also further reduces the energy consumption of mobile phones. Huawei Mate Xs has a battery capacity of up to 4500mAh, with 55W super fast charging, and can charge up to 85% in 30 minutes. Large battery + super fast charging, combined with advanced processor power control, to meet the endurance requirements of large screen and 5G.

Written in the end 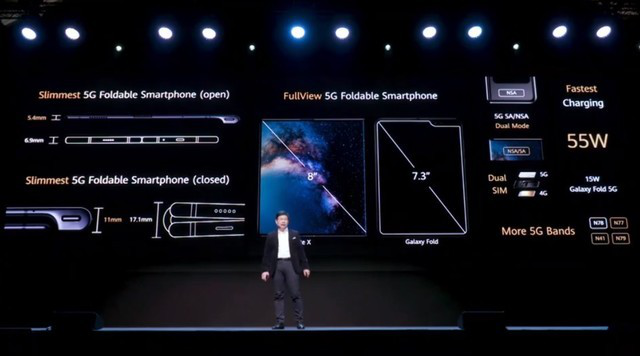 As the explorer of mobile phone form, Huawei Mate Xs also provides a new idea for mobile phone interaction in the future. Through the scheme of folding the screen, the mobile phone can be unfolded as a flat plate to meet the needs of office and entertainment to a certain extent. When we are pursuing a more pleasant audio-visual experience and a more portable body volume, folding is undoubtedly a pioneering design. If the first generation of Mate X is more like a “dazzle technology” and “concept” design, the advent of Mate Xs makes me look forward to the large-scale commercial use of folding screens. Maybe I should buy a folding screen mobile phone to experience it.

Huawei P40 Pro evaluation: Is the 2020 flagship imaging phone you imagined as powerful as it is?