You are here: Home 2022 March 5 New Products Come Out Together, Apple Once Again “Changes” the World!

Every Apple conference attracts millions of people’s attention, and this year is no exception. At the just past spring conference, Apple’s five new products were released together.

The “reborn” iPhone 13, the M1 Ultra with explosive performance, the iPad Air with an upgraded chip, the iPhone SE 3 with the same appearance and powerful performance, and the Mac Studio host that appeared for the first time, Apple is using practical actions to show that the consumer electronics market pattern is once again. Change occurs. 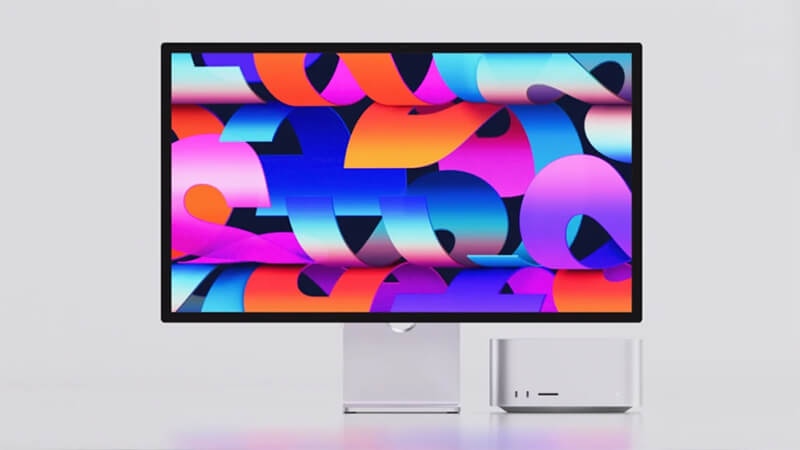 iPhone 13——Technology is mainly based on shell replacement

Before this conference, many people speculated that Apple would bring a new purple version of the iPhone 13. Unexpectedly, when Cook officially released it, it was a new green color scheme. 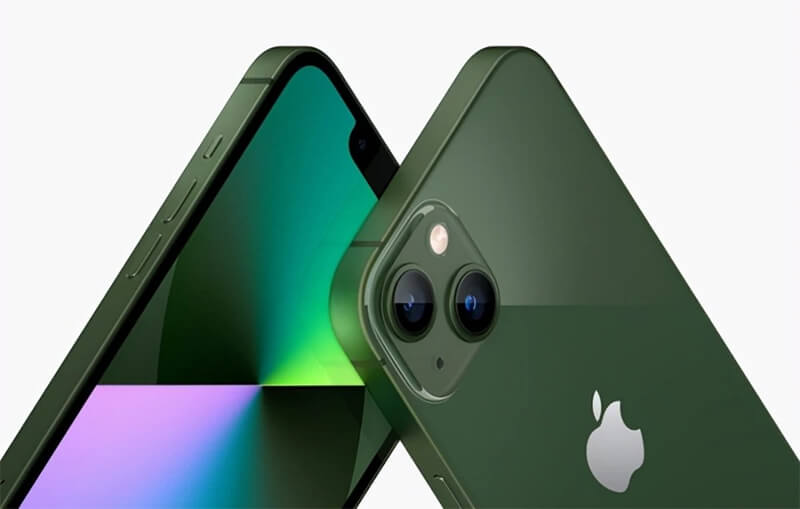 The iPhone 13 Pro series is paired with Cangling Green, which uses multi-layer nano-ceramics to create the entire surface of the body; the iPhone 13 series is paired with green, with a delicate same-color aluminum metal frame and a precision-polished glass back. In addition to color matching, performance, camera modules, water resistance, dust resistance and even the price are the same as the iPhone 13 series released last year. 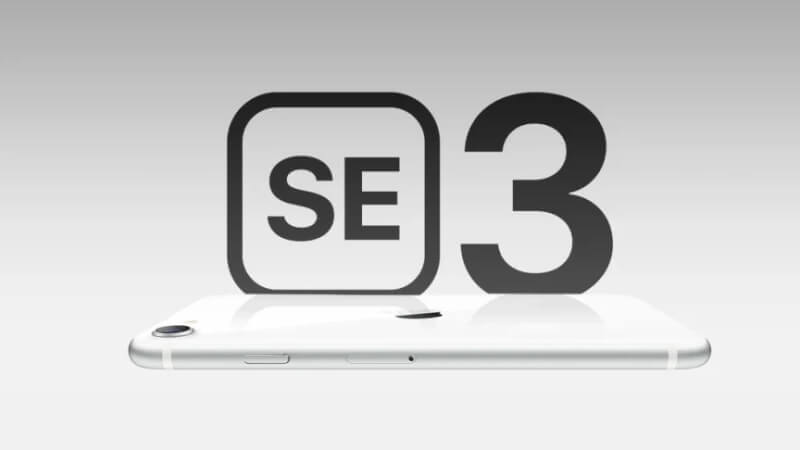 The iPhone SE 3 adds 5G function, and the performance of the A15 chip is one step ahead of Qualcomm and MediaTek chips. In terms of performance alone, let alone Android mid-range phones, even Android flagships are no match for the iPhone SE 3.

Of course, in order to prevent the iPhone SE 3 from affecting the sales of the iPhone 13 series of mobile phones, Apple still added many restrictions to it, such as the template that remains unchanged for thousands of years, the large black borders on the top and bottom, and the shell that is exactly the same as the iPhone 8, which makes many people want to retreat. The 4.7-inch screen, home button and touch ID function, and 64GB of storage space at the beginning seem to bring people back to three or four years ago. The 12-megapixel ƒ/1.8 aperture wide-angle camera is also not powerful enough to compare with the iPhone 13 at all. Many people even believe that the new iPhone SE 3 is purely a “stock clearance” product.

In a comprehensive comparison, Apple has taken the product configuration and price extremely well. The powerful performance is enough to make the iPhone SE 3 crush all Android phones, castration in the fields of screen size, battery power, camera, etc., and will not let the iPhone SE 3 threaten the sales of the iPhone 13 series.

Who would have thought that a chip released two years ago could surprise today’s consumers. It is nothing but the cross-generational Apple M1 chip.

Two years ago, Apple put the M1 on the MacBook, killing a lot of laptops in seconds; a year ago, Apple put the M1 on the iPad Pro, letting tablet players realize what a “horror moment” is. Today, Apple has once again devolved the M1 and equipped the iPad Air with the M1 chip, which directly allows the performance of the iPad Air 5 to take off. A chip lasts for two or three years, and it can surprise users every time. It is estimated that only Apple can do it. 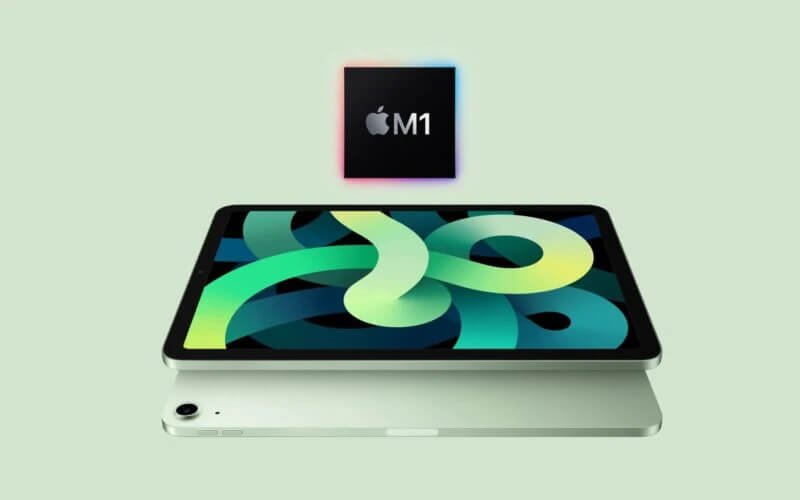 The iPad Air 5 comes in five colors: space gray, starlight, pink, purple, and far peak blue, and the screen is still the same 10.9-inch retina screen as the previous generation.

Compared with the previous generation, the iPad Air 5 mainly upgrades 5G functions, 12 million front cameras, and supports Apple Pencil 2 and Magic Keyboard. All in all, the iPad Air 5 has everything an iPad Pro should have. The upgraded iPad Air 5 is useful in AR creation, 3D design and other fields. In the future, the iPad Air 5 can also be called a productivity tool. To some extent, many thin and light laptops are not even as good as the iPad Air 5.

Compared with the latest generation iPad Pro, the iPad Air 5 is only slightly inferior in the number of cameras and screen quality. People who don’t care about this can give up the iPad Pro and buy the iPad Air 5 instead.

The M1 Ultra, the Xeon King of Apple’s M1 family, is actually just “glue” together by two M1 Max chips. From a layman’s perspective, it can be regarded as a surprising “glue” process. 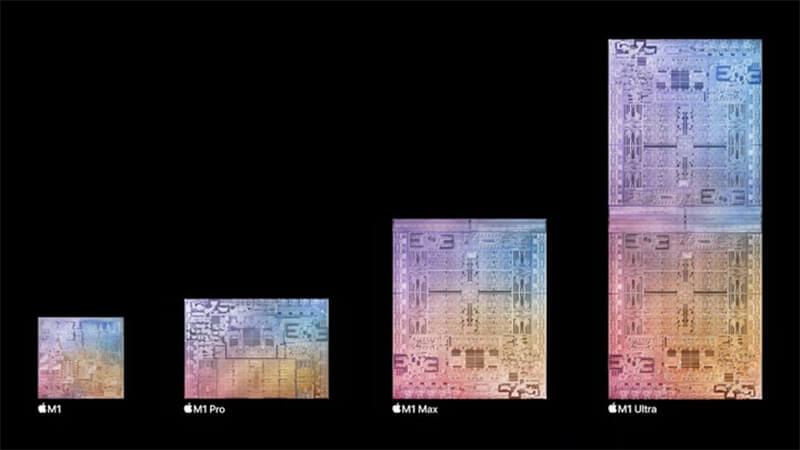 Specifically, Apple uses a custom packaging structure to package two M1 Max into a whole chip. This solution got rid of the performance and energy consumption when connecting through the motherboard in the past, and spliced it into the M1 Ultra with outstanding performance. 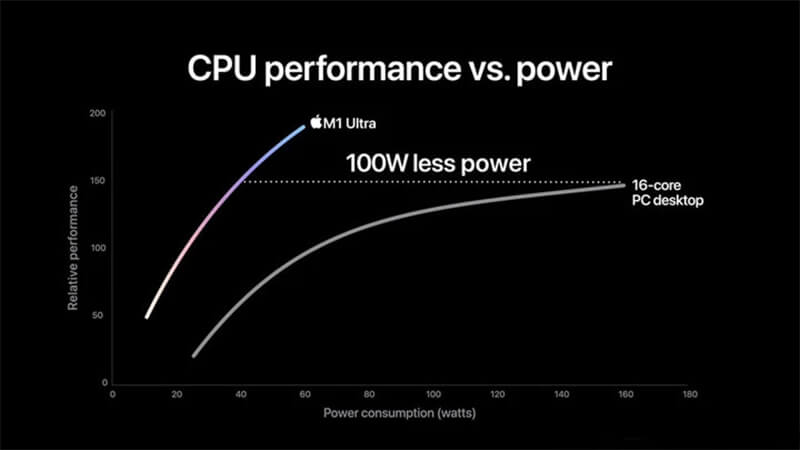 Since the birth of the M1 Ultra, the pressure on CPU and GPU manufacturers such as Intel, Nvidia, and AMD has doubled. In the past year or two, the chip arms race will inevitably start again.

Currently, Apple only ships the M1 Ultra on Mac Studio consoles. This host, which can be understood as an upgraded version of the Mac mini, is exactly the same in width and depth as the Mac mini released in 2020, except that the height has changed from 3.6 cm to 9.5 cm. The extra height is used by Apple to put more interfaces and cooling systems. 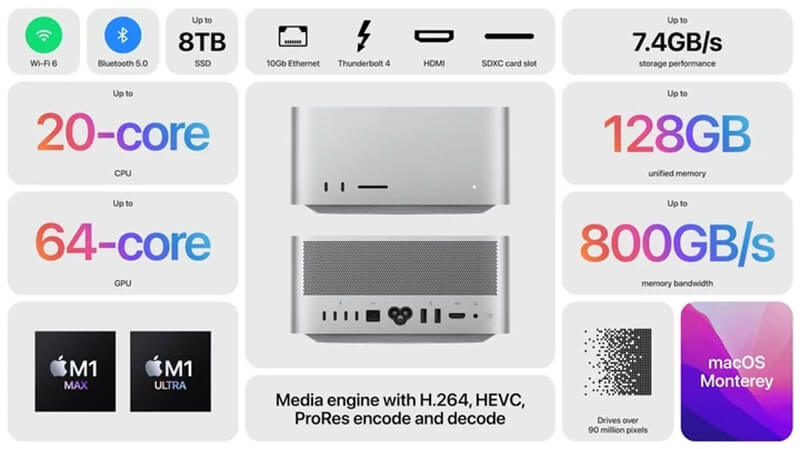 Mac Studio has 4,000 cooling vents, which together form a unique cooling system. The front of the fuselage has two Thunderbolt 4 ports and an SDXC card slot, and there are 4 Thunderbolt 4 ports on the back, 1 10Gb Ethernet port, 2 USB-A ports, 1 HDMI port and 1 3.5mm audio interface interface.

Taken together, Mac Studio has explosive performance, complete interfaces, and almost no shortcomings.

The iPhone 13 green version is reborn, and the iPhone SE 3 and iPad Air 5 use powerful chips to reduce dimensionality, and the M1 Ultra has invincible performance. It can be seen that the core competitiveness of the products released by Apple this time is basically on the chip. Through the technology of a leading position in the industry, the performance is far behind the competition, which may be the unique charm of Apple!