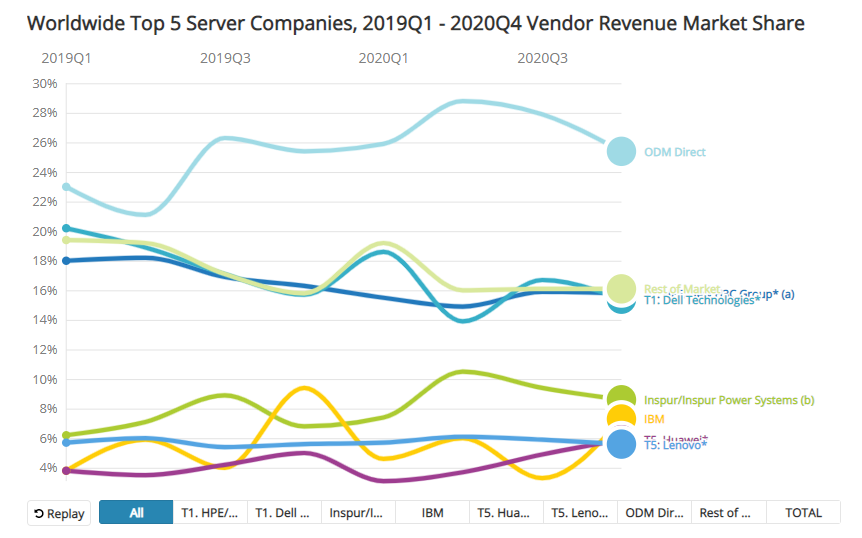 So, there are many choices when we want to order a server. However, if you have a Dell server but now you want to buy an HPE server, how to choose the right mapping one?

Here, I share you a mapping table to help.

How to use this table?

Then, you can see there is the HPE DL560 on the right.

If you want to compare more servers, let’s view these topics:

Dell R740 Servers vs. Servers of HPE, Lenovo, Huawei, Inspur and Others