The sale of U.K. hardware company Ubiquisys to Cisco is one Europe’s biggest tech exits of the past several years. Operators and telecom equipment vendors are showing a growing interest in small cells, which aim to give users improved coverage and speeds.

Cisco has announced plans to acquire UK-based small cell technology company Ubiquisys in a deal worth $310 million. The high value of the sale reflects the value of mobile data, said Ubiquisys investor Mike Chalfen, of London-based Advent Venture Partners. “Mobile networks are growing to a massive extent and small cells are one of the most cost effective ways of raising capacity.” 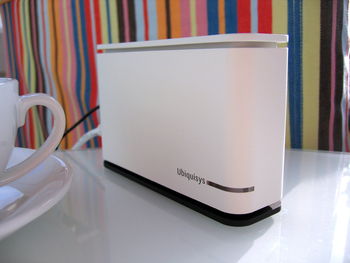 Cisco claims the acquisition will strengthen its mobility strategy and allow it to provide more intelligent mobile internet technology to allow operators “to better monetise and optimise their mobile networks”.

The deal–something of a surprise, given Cisco’s close relationship with Ubiquisys’ rival ip.access-is expected to close in Cisco’s fiscal fourth quarter with Ubiquisys being integrated into the US company’s Mobility Business Group.

Founded in 2005, Ubiquisys make small cells (also known as femtocells) which are small phone masts that shore up data capacity in mobile networks and which can be used to create powerful wifi hotspots in offices or public places.

The masts are small enough to fit in a garage or a pub and can bolster 3G coverage in crowded areas. The tech is set to become more important with the rise of 4G or LTE mobile networks, as small cells move from boosting the network to becoming a core part of its infrastructure.

Ubiquisys also provides the software platforms and services to go along with the small cells, building in features like cloud and networking capabilities. The Ubiquisys offering will be wrapped into the service deals that Cisco offers customers, taking the combination of network capacity and services one step further and adding an “intelligent layer” to the network, Cisco said.

Cisco bought Israeli startup Intucell—another small cell manufacturer—for $475 million in January this year. Demand for mobile data will also rise with the trend toward machine-to-machine communication, also known as the ‘Internet of Things’. This will mean much heavier loads on networks as machines join people in communicating over the mobile network.

The transaction also showed how great business could grow out of the European tech scene, Mr. Chalfen said: “Europe has a lot of fantastic opportunities like this, high value businesses. This is not a one-off.”

Even though interest in small cells is growing, it will take time for the vision they propose to be fully realized.

Reference from blogs.wsj.com and networkworld.com