When you design your network with Cisco switches, to stack or not to stack? That’s not a question. Because stacking your switches will allow for network efficiency and ease of management, which is necessary today. We know that Cisco has a big lineup of stackable switches, starting from Cisco 3750 switch family and spread to Catalyst 2960, the new Catalyst 3650 and 3850 models. Do you know the main Pros and Cons of stacking Cisco Switches? And what are main features of each stackable switch series?

In this article, we will list some guidelines and use cases for these Cisco’s stackable switches. From the original stackable switch-Catalyst 3750 Series to Catalyst 2960 S, 2960X, the new Catalyst 3650 and 3850 series.

The Catalyst 3750, Cisco’s original stackable switch, has been in service for over 10 years in various configurations. Initially launched in 2005, the Cat3750 quickly became the template that all other switches in this market would follow, as the combination of stacking, fast Ethernet or gigabit Ethernet, and layer 3 features gave the 3750 series significant flexibility within the business environment.

Later improvements such as 10 gigabit uplinks and faster stack speeds in the 3750E, and dual, hot swappable power supplies and modular uplinks in the 3750X worked to keep the Cat3750 up to date as technology and data needs have evolved.  Because of this, the Catalyst 3750 line is still well-suited to many different use cases. 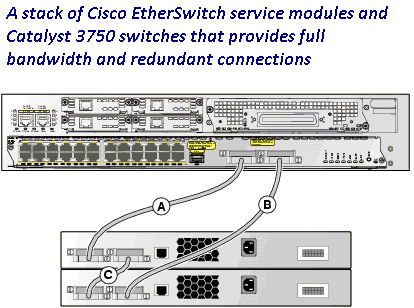 Catalyst 2960S switch has been released since 2010. It aimed to provide a lower cost option for customers needing stacking capabilities without the layer 3 and other higher end features of the Cat3750 line. Stack throughput is limited to 20Gbps (2960S) or 40Gbps (2960X), though for end user connectivity and other common Catalyst 2960 applications, this limited throughput isn’t a factor.

In the Cisco 3650 switches, stacking becomes an add on module, like the 2960S/X, and stack throughput is reduced to 160Gbps.  Uplink ports are no longer modular, and there are no 10GbE aggregation models available.  However, other features, like stateful failover and Netflow on all ports are still present.

While the Cat3850 provides a substantial amount of improvements, the cost of the hardware can be somewhat high, especially in deployments where the higher stack throughput and 10GbE switch options are not particularly useful. For these uses, the Cat3650 was developed. The Catalyst 3650 and Cisco 3850 share the same core architecture, and in fact use the same IOS image, but some of the more advanced features are not present. 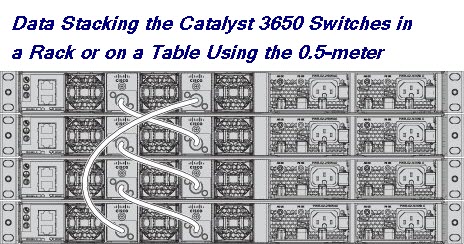 By 2013, the ever widening use case for stackable switching, coupled with the need for greater fault tolerance, led to the development and release of the Catalyst 3850 switches.  The development of a much faster stacking system, up to 480Gbps of throughput, allows for stacking systems that can support high density 10 Gigabit Ethernet and NBase-T connectivity. 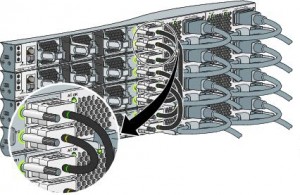 Another major advance is the high availability capability in the 3850. Now, with these switches, there is stateful failover between the stack master and a designated backup unit, allowing for minimal downtime in case of a failure of the stack master switch. Along with the stacking improvements, additional features such as Netflow support on all ports, 10GbE aggregation models, and support for NBase-T (2.5 and 5Gbps over copper) connectivity further enhance the 3850 switch lines. 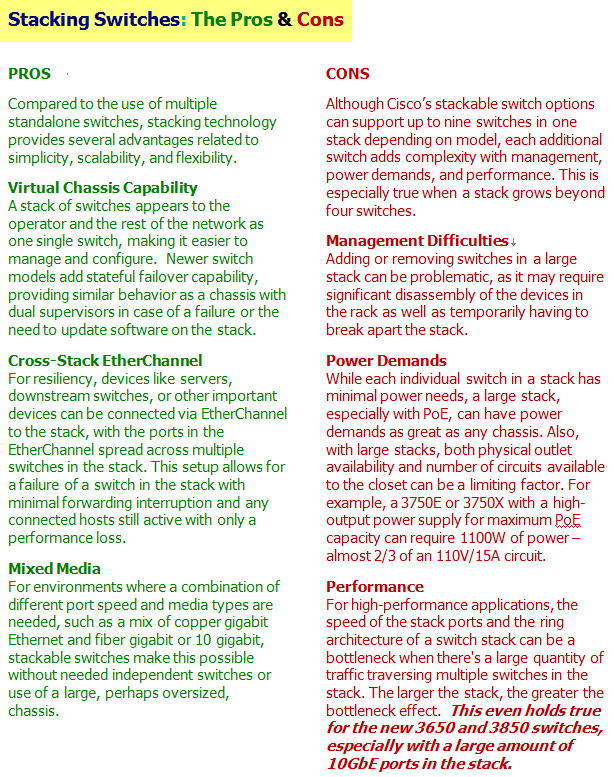 A chassis-based switch like the Catalyst 4500 or Catalyst 6500 is the preferred choice when 200+ ports are required or where maximum performance is a necessity. A chassis uses a much more efficient crossbar fabric, and with hot-swappable and easily removable line cards, upgrading or replacing cards is a much easier task.

The Original Guide from https://www.curvature.com/stacking-switches

How Much You Know about the Cisco Catalyst Switches?

How to Change a Switch Member Number in a Cisco 3850 Stack?

How to Form a Stack-Wise and Power-Stack with Cisco Catalyst 3850?