You are here: Home 2020 October 5 Frequently Asked Questions of WLAN

As the 5G and WiFi-6 develop faster, we can get the best wireless experience. When we use our 5G phones or laptops to connect Wi-Fi, do you have any questions about the Wireless LAN? Why do people develop WLAN? What are the benefits of WLAN?

WLAN is the abbreviation of Wireless Local Area Network, which refers to the application of wireless communication technology to interconnect computer equipment to form a network system that can communicate with each other and realize resource sharing. The essential feature of a wireless local area network is that it no longer uses a communication cable to connect the computer to the network, but connects it wirelessly, making the construction of the network and the movement of the terminal more flexible. 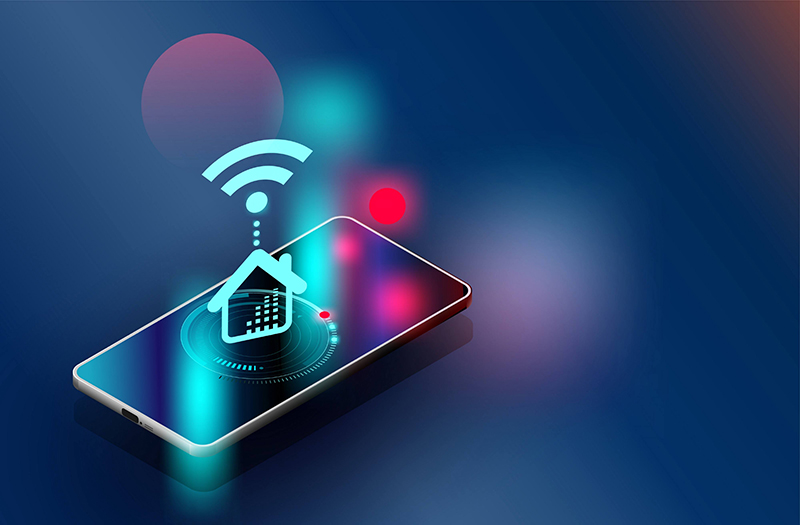 Before the invention of the wireless local area network WLAN, if people want to communicate and communicate through the network, they must first use physical cables-copper stranded wires to form an electronic path. In order to improve efficiency and speed, optical fiber was later invented. When the network has developed to a certain scale, people have discovered that this kind of wired network is very difficult to build, disassemble, or re-layout and rebuild on the original basis, and the cost and cost are also very high, so the WLAN networking method Came into being.

WLAN started in 1997. In June of that year, the first wireless LAN standard IEEE802.11 was formally promulgated and implemented, providing a unified standard for wireless LAN technology, but the transmission rate at that time was only 1~2 Mbit/s. Subsequently, the IEEE committee began to formulate new WLAN standards, respectively named IEEE802.11a and IEEE802.11b. The IEEE802. 11b standard was first formally promulgated in September 1999, and its rate is 11 Mbit/s. The improved IEEE802.11a standard was officially promulgated at the end of 2001, and its transmission rate can reach 54 Mbit/s, which is almost 5 times that of the IEEE802.11b standard. Nevertheless, the application of WLAN has not really started because the entire WLAN application environment is immature.

The real development of WLAN began in March 2003 when Intel first introduced the Centrino processor with a WLAN wireless network card chip module. Although the wireless network environment at that time was still very immature, the most developed United States was no exception. However, due to Intel’s bundling sales and the obvious advantages of Centrino’s high performance and low power consumption, many wireless network service providers have seen business opportunities. At the same time, the 11 Mbit/s access rate can also be used in general small LANs. Carrying out some daily applications, wireless network service providers in various countries began to provide access to hotspots in public places (such as airports, hotels, coffee shops, etc.). In fact, some wireless access points (Cisco Access Points, AP) are arranged to facilitate mobile business people wireless Go online. 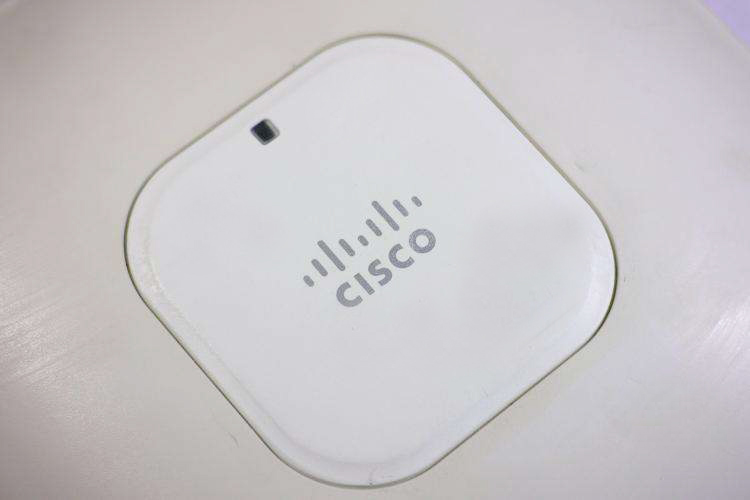 After more than two years of development, wireless network products and applications based on the IEEE802.llb standard have been quite mature, but after all, the access rate of 11 Mbit/s is far from being able to meet the application requirements of actual networks.

In June 2003, after more than two years of development and several improvements, a new standard that is compatible with the original IEEE802. 11b standard and can also provide 54 Mbit/s access rate-IEEE802. 11g in the IEEE committee’s efforts the next official release. 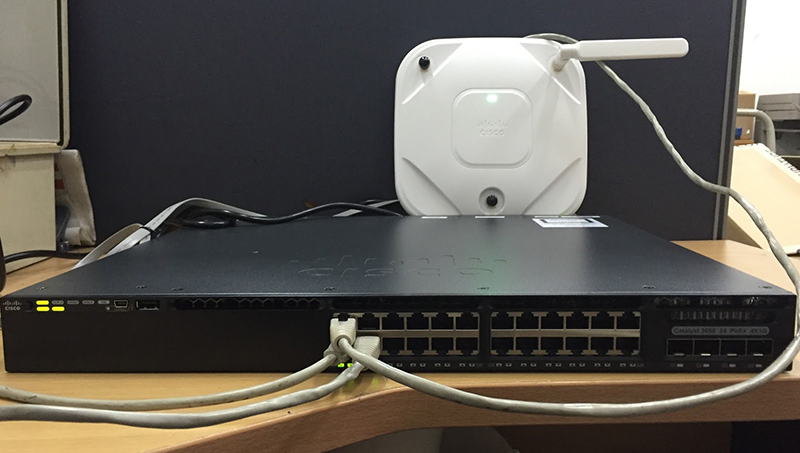 (3) It is easy to carry out network planning and adjustment.

For wired networks, changes in office locations or network topology usually mean rebuilding the network. Rewiring is an expensive, time-consuming, wasteful and trivial process, and wireless local area networks can avoid or reduce the occurrence of the above situations.

Once a physical failure occurs in a wired network, especially the network interruption caused by poor line connection, it is often difficult to find out, and it is very expensive to overhaul the line. The wireless network is easy to locate the fault, just replace the faulty equipment to restore the network connection.

(1) Performance. Wireless local area networks rely on radio waves for transmission. These radio waves are transmitted through wireless transmitters, and buildings, vehicles, trees, and other obstacles may hinder the transmission of electromagnetic waves, which will affect the performance of the network.

(3) Security. In essence, radio waves do not require the establishment of a physical connection channel, and wireless signals are divergent. In theory, it is easy to monitor any signal within the radio wave broadcast range, causing communication information leakage.

AP is the abbreviation of Access Point. Wireless AP is the access point and wireless gateway of the wireless LAN. Its function is similar with the hub in the wired network. There are many brands of AP in the market, such as Cisco AP, Huawei AP, Aruba AP, etc. 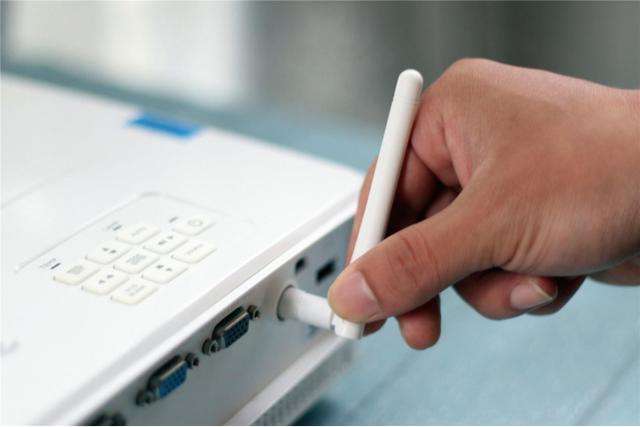 The typical application scenarios of WLAN are as follows:

(3) Medical treatment: Use portable computers with wireless local area network products to obtain real-time information. Medical staff can use this to avoid delays in treating patients, unnecessary paperwork, delays in document circulation, and misdiagnosis. The quality of care for the injured.

(4) Enterprise: When employees in an enterprise use wireless local area network products, no matter where they are in any corner of the office, they can send e-mails, share files and browse the Internet at will. There always use routers, switches, firewalls and APs to build an enterprise network.

(5) Warehousing management: For general warehousing personnel, through the application of wireless network, the latest data can be immediately input into the computer warehousing system. 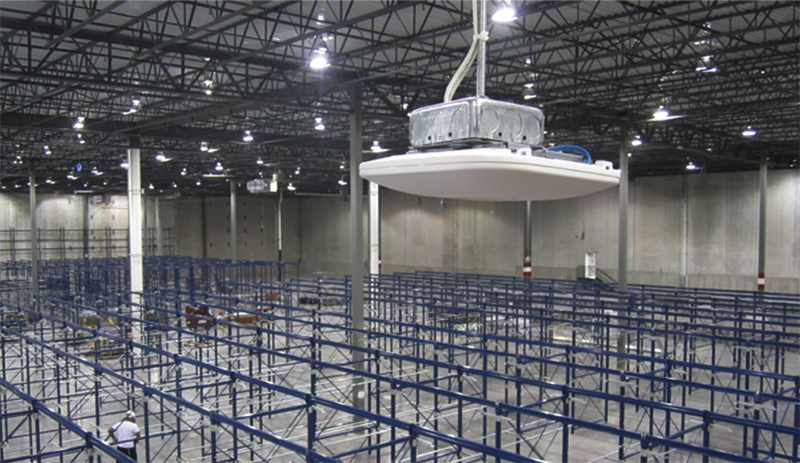 (6) Container terminal: The bridge crane in the general container terminal can transmit real-time information back to the office when the containers are mobilized to facilitate the progress of related operations.

(7) Surveillance system: Generally located in a remote place where the site needs to be monitored. Due to the difficulty of wiring, the remote image can be transmitted back to the main control station through the wireless network.

(8) Exhibition venues: such as general electronics exhibitions and computer exhibitions. Since the network demand is extremely high and the wiring will make the venue appear messy, it is a better choice if you can use a wireless network.

The WAN we are talking about is the abbreviation of Wide Area Network. The use of a wide area network is a large-scale, generally a collection of geographically large computer networks across regions.

WLAN is the abbreviation of Wireless LAN. WLAN data is transmitted through electromagnetic waves, which use electromagnetic waves to send and receive data in the air, without the need for cable-like media. In layman’s terms, the WAN port is an external interface for dealing with operators and higher-level networks. LAN and WLAN are internal interfaces, and internal computers, mobile phones, and PADs are all connected to LAN or WLAN.

If you have other questions, welcome to leave your comment.