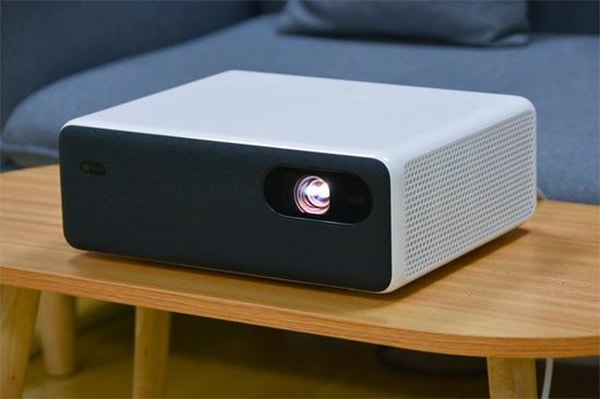 The Xiaomi laser projector can project a 150-inch super-large picture, giving people a shocking visual perception, which is the obvious advantage of the projector compared to the liquid crystal display.

For projection products, brightness is a very important indicator. The brightness of the Mijia laser projector is 2400 ANSI lumens, while the current common LED projection can only reach 1900 ANSI lumens, not to mention the virtual standard. Although you can see clearly without turning off the lights and drawing the curtains, in order to achieve a better viewing effect, the darker the environment, the better.

At present, there are not many projectors using laser display technology on the market. Like the previously released laser projection TVs, Mijia laser projectors use ALPD technology based on Shenzhen Guangfeng Technology, which has high brightness, good color, high contrast and long life. Environmental protection, energy saving, high cost performance and other advantages, in addition to the brightness mentioned above, it has a good performance in terms of color and contrast. 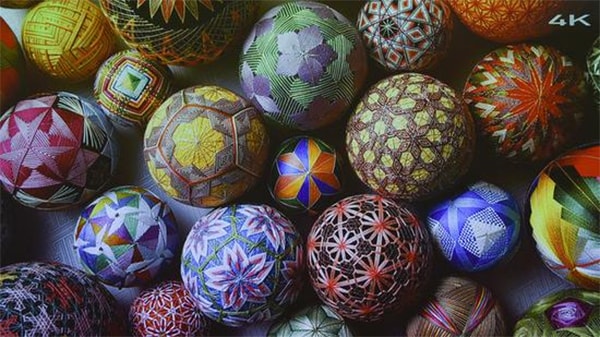 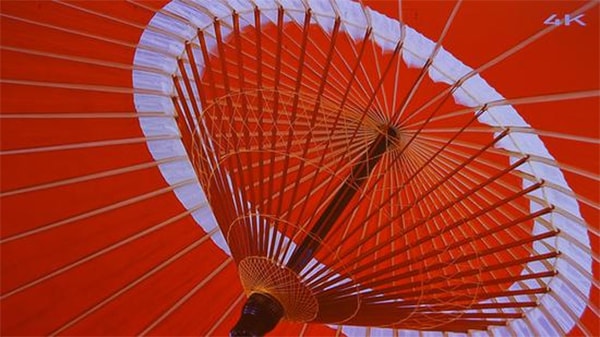 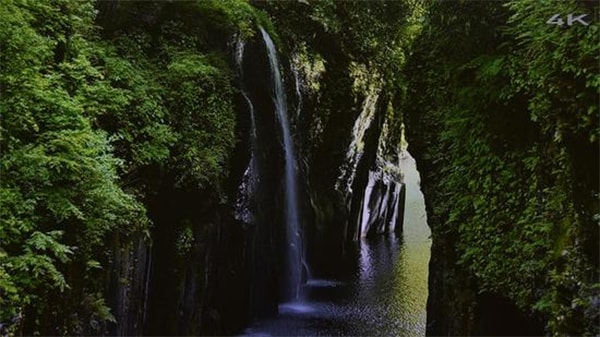 From the 4K video screen shot proofs, the color reproduction is true and natural, showing the advantages of laser display technology in color. In addition, from these proofs, you can also feel that the 1080P full HD resolution makes the picture clear and sharp, and the details are better. Display, such as the skeleton of the umbrella, the texture of the thread ball, etc. Because 4K film sources are still relatively rare, 1080P home projection is still the mainstream of the market. 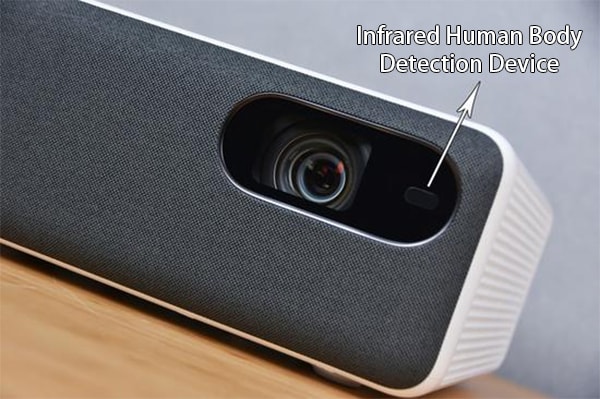 When it comes to lasers, some people may worry about it causing damage to the eyes, but Mijia laser projectors rely on infrared human detection devices to automatically turn off the brightness output when it detects someone passing by, and a warning text “Please do not look directly” “Light source”, this function must be turned on if you have children at home.

Like the current mainstream smart TV products, the Mijia laser projector has a built-in four-microphone array to support “Xiaoai classmates”, so using smart voice when using the projector can reduce the dependence on the remote control, not only Search for the content you want to see. Some common settings can also be completed by calling Xiao Ai, such as “Xiao Ai, turn on keystone correction”. In addition, it can also control various smart home devices. 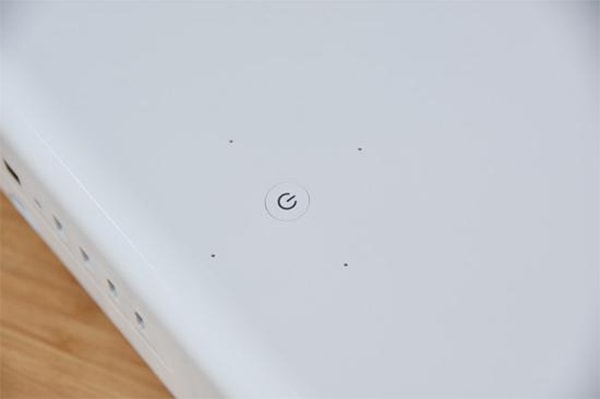 When the screen is turned off, you can still call “Little Ai” to achieve rich intelligent control. At this time, you can regard it as a super large version of the Xiao Ai speaker, asking about the weather, querying information, setting reminders, telling stories…

Let me talk about its sound quality again. The Mijia laser projector is equipped with dual 10W, 1.75-inch full-frequency high-fidelity speakers, and there are 570mL large-capacity air ducts. The low frequency can be submerged to 60Hz, which is good when watching movies and listening to music. Sound and picture experience.

The porcelain-white rounded-corner body maintains the same minimalist design style as the previous Mijia laser projection TV, which will not destroy the harmony and beauty of the home environment. The use of deep gray fabric material on the side of the lens can add style to the home space, especially When it is suspended, its appearance is obviously higher than traditional brand projectors. 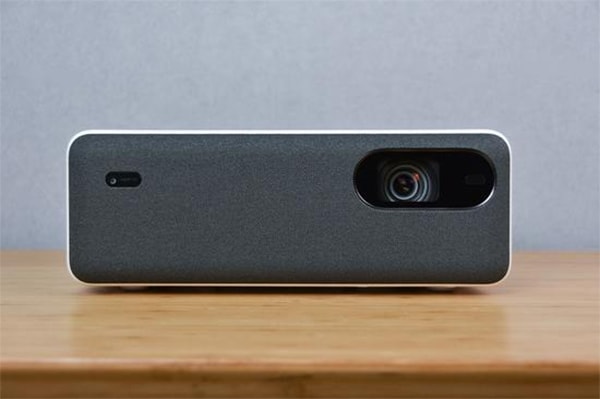 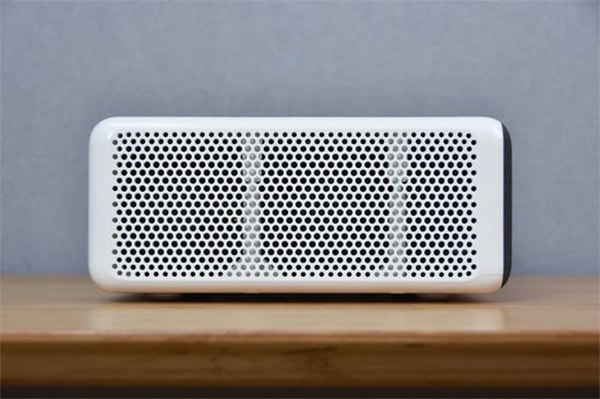 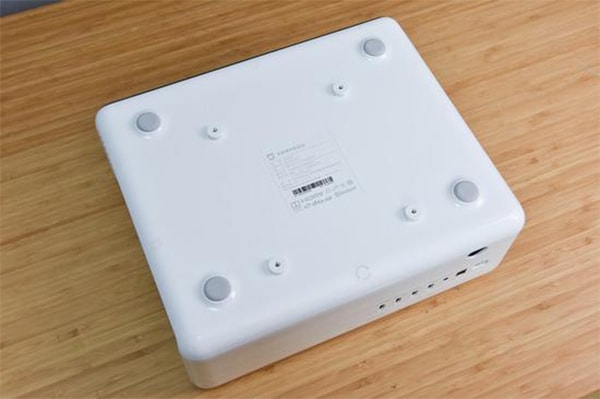 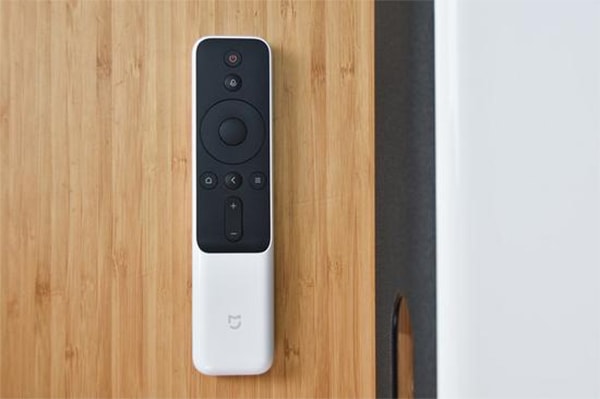 When choosing the placement position, because it supports four-way keystone correction, you can also put it around, and manually adjust it to cast a Zhouzheng picture, so if it is used in the bedroom, you can directly put it on the bedside table . For the projector, this function is very practical. 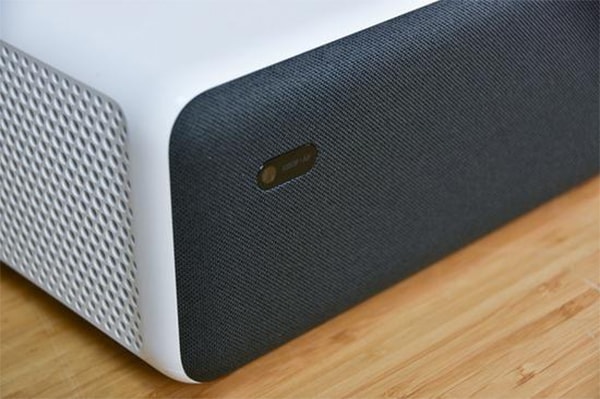 In addition to the four-way keystone correction, the Mijia laser projector is also equipped with a 1080P high-definition camera that can automatically focus, and it will automatically focus when it is turned on. From the actual focus effect, there is generally no need for manual fine-tuning. 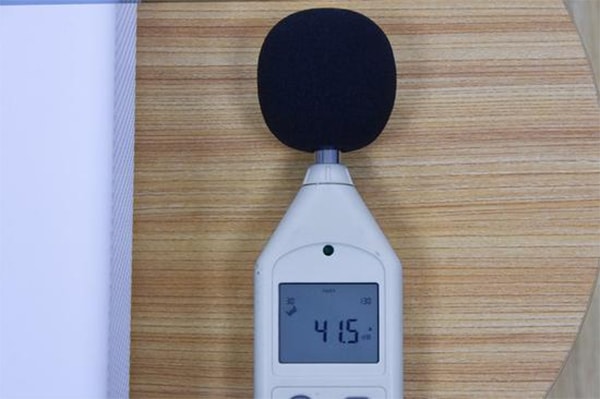 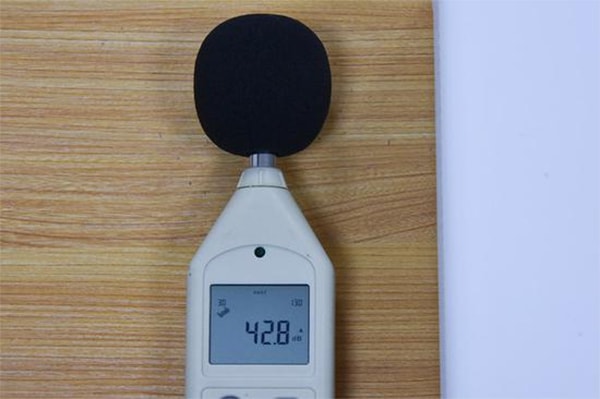 Because the location is relatively close to the human body, the noise problem cannot be ignored. The measured noise near the air inlet of the Mijia laser projector is 42.8dB, and the noise at the air outlet is 41.5dB (environmental noise 33.4dB), which will not affect viewing.

Compared with TV products, the replacement cycle of the projector will be relatively longer, which requires it to have a higher hardware configuration to meet the longer use time. The chip used in the Mijia laser projector is Amlogic T972, which is jointly developed by Xiaomi and Amlogic in in-depth cooperation. It adopts a quad-core Cortex-A55 architecture with a frequency of up to 1.9GHz. Compared with the previous generation of T962 with a frequency of 1.5GHz, the performance is improved by 63 %, the important thing is that it also has the ability to decode 8K video; in addition, there is 2GB of memory + 16GB of flash memory, which satisfies the smooth operation of the system and can install sufficient third-party applications. 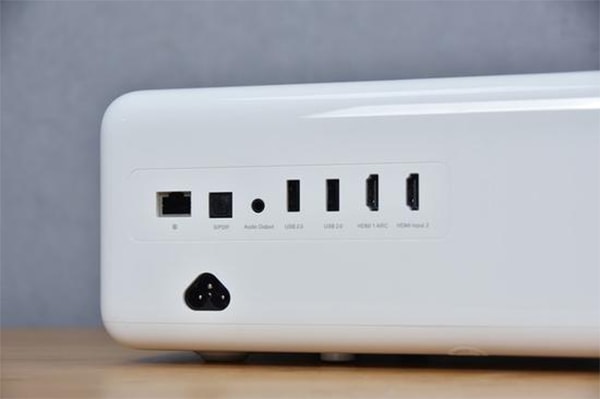 In terms of interface configuration, Mijia Laser Projector provides Ethernet, S/PDIF, Audio Output, USB2.0 x 2, HDMI x 2, which provides convenience for connecting speakers, game consoles and other equipment. The only drawback is that it is not equipped with USB3. 0 interface.

The Mijia laser projector is priced at US$1,000, which is exactly between LED projection and laser TV. Compared with LED projection, it has more advantages in brightness, color, etc., which meets people’s requirements for higher picture quality. At the same time, it is more affordable than laser TV. Although you can buy a 75-inch large-screen LCD TV for $1,000 today, there is still a big gap compared with the 100-inch screen brought by projection.

Buyer Guide: How to Calculate the Installation Distance and Size of the Projector Screen?

Buyer Guide: 5 Tips You Must Know When Choosing Projectors

Buyer Guide: How to Select Access Layer Switches for Enterprise?